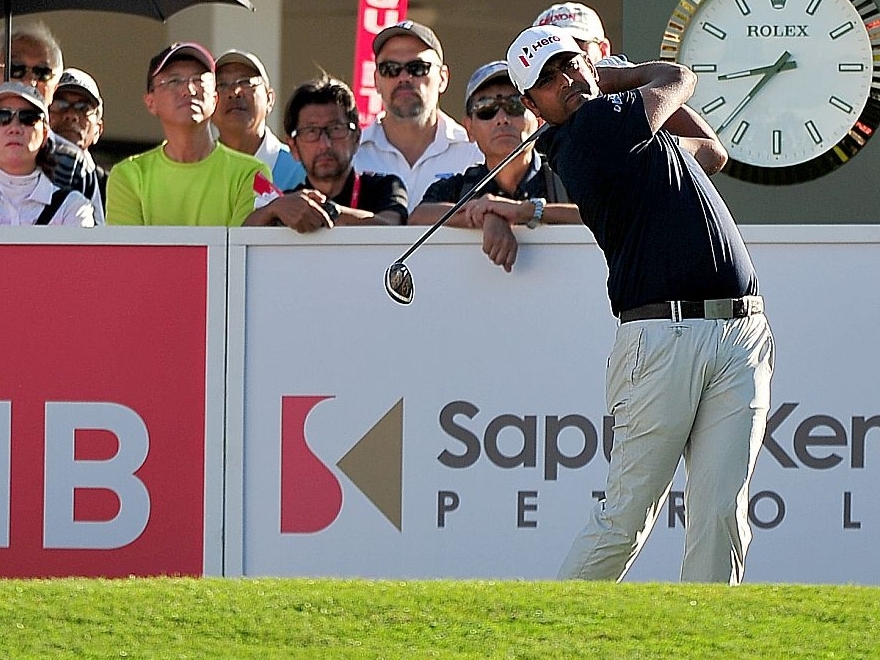 Asian Tour leader Anirban Lahiri got his bucketful of birdies in the third round of the CIMB Classic on Saturday. The problem was he dropped one too many shots as well to leave himself out of the title fight.

Lahiri made eight birdies at the Kuala Lumpur Golf and Country Club’s West course, including four in his last five holes, but three bogeys on the card saw him settle for a five-under-par 67 that put him in a share of 16th place on 12-under-204.

The 28-year-old Indian will enter the last round some eight shots behind co-leaders Justin Thomas and Brendan Steele, after starting the week with hopes of notching a second win on the West course following his memorable Malaysian Open success in February.

“I’ve been playing good but I haven't made birdies in bunches. It's just been bogey-free or one bogey and three, four or five birdies. But it was nice to make eight birdies today. You have to be in a birdie mood on this golf course, otherwise you’re not going to catch anyone,” said Lahiri.

“I’m going to have to make as many or more birdies tomorrow and try and keep a clean card,” added the Indian, a seven-time Asian Tour winner and playing this week as a PGA TOUR member as well.

He holds a massive US$621,000 lead over second-ranked Scott Hend of Australia, who shot a level par 72 to trail Lahiri by a further five shots. Andrew Dodt of Australia, ranked third on the Merit list, is further down the leaderboard after a 74 on Saturday, which gives Lahiri the upperhand in the Merit race.