Lack of action no obstacle for “free-wheeling” Paul Waring 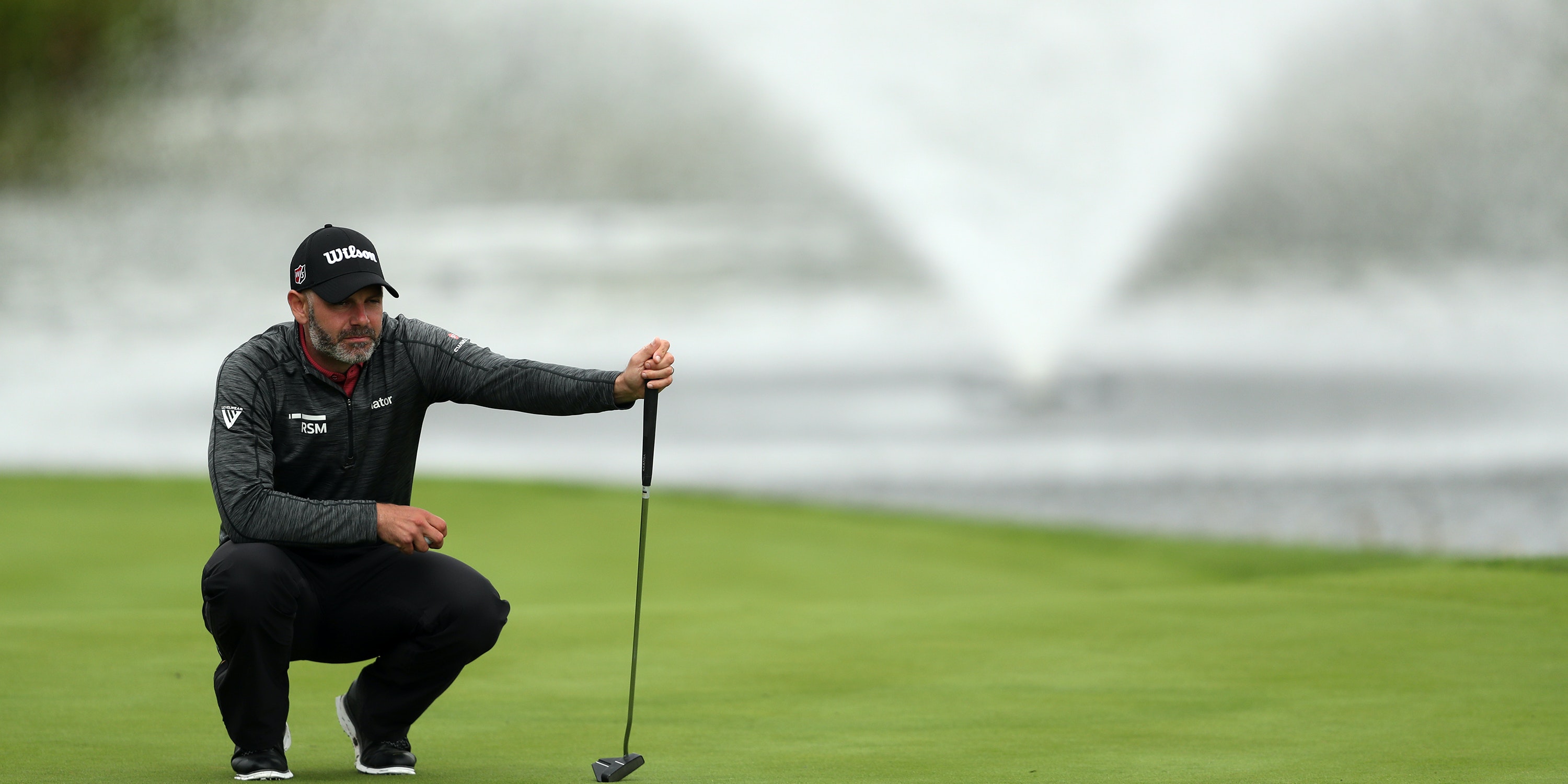 England’s Paul Waring discovered that neither a lack of thinking nor competitive golf was a barrier to contending for a second European Tour title at the ISPS Handa UK Championship.

Waring has not played since the last week of February due to a combination of the coronavirus shutdown and a back injury which prevented him making his debut in the US PGA Championship earlier this month.

However, the 35-year-old from Birkenhead showed few signs of rust as he added a second round of 67 – the joint lowest score of the day – to his opening 70 at The Belfry to lie two shots off the lead held by South Africa’s Justin Walters.

“I’d definitely take that with these conditions,” Waring, who won the Nordea Masters in 2018, said. “We got through 13 holes and then on the par three 14th got a massive gust downwind. From there it was quite tough coming in, we had a rain shower too so I’m pleased to finish the round off.

“The short game has been really tidy. When I have missed it I’ve made a really easy up and down and haven’t put myself under any pressure.

“I’m driving it quite nicely so everything is in play off the tee. I’m not chasing my tail, I’m plodding on and giving myself more chances than having to recover.

“I’ve found it’s best not to think. I try not to overthink anything. It’s a massive thing for me, overthinking. I’ve only come to see where my golf game is. I had no idea what shape it would be in. I feel like I’m free-wheeling it at the moment.

“It’s something I’ve been doing for the last few years, ever since I won in Sweden and had a good season last year. That’s one of the key things for me, not getting ahead of myself and letting whatever happens happen. I’ve built on that over the years and I’m just getting better at that.”

Walters, who is seeking a first European Tour title, added a 71 to his opening 64 to finish nine under par, a shot ahead of France’s Benjamin Hebert, who is also yet to taste victory on Tour.

World number 30 Bernd Wiesberger double-bogeyed the 18th to lie three shots off the lead alongside New Zealand’s Ryan Fox and the English pair of Matthew Jordan and Marcus Armitage.

Jordan finished third in the ISPS Handa Wales Open last week but admitted: “I wouldn’t class last week as being in contention, I snuck up the leaderboard in the last round.

“I think it was playing well in the last couple of rounds (at Celtic Manor) that gave me confidence going into this week, so I can just attack it really.

“Just before lockdown started I put in three around 20th place finishes, so I was kind of progressing and starting to build. Then lockdown came and from then on I haven’t started the way I wanted to and I’ve been struggling, admittedly.

“From last week, it’s clicked a bit and I’ve found something. I just need to keep improving on that. I’ve certainly played like I know I can do.”