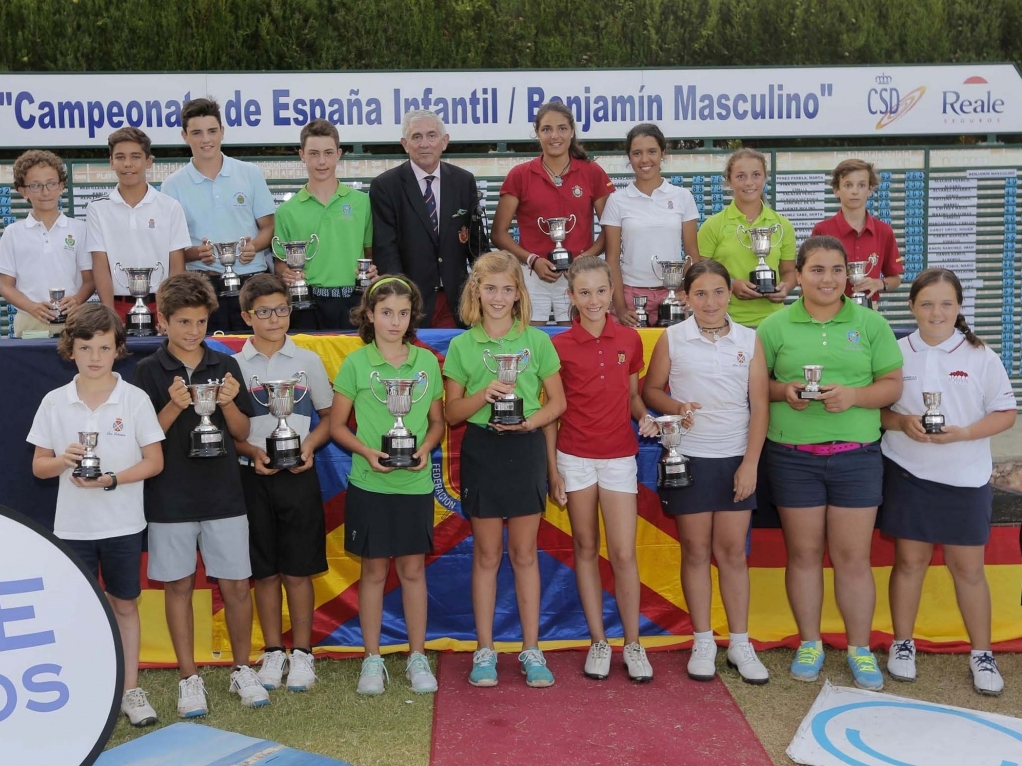 Jose´ Mari´a Olaza´bal, Sergio Garcia and Carlotta Ciganda have all used the Spanish Junior Golf Championships as a springboard for success, and Spain’s next generation of stars put their full array of skills on display when the prestigious event was hosted by La Manga Club last week.

The world-famous resort was staging the competition for the eighth time in its history and a maximum field of 379 boys and girls from all over Spain and her islands headed to Murcia for three days of fierce competition on the multi-award-winning venue’s three 18-hole courses.

Competitors in the championship were divided into six different categories – boys and girls aged 13-14, 11-12 and 10 and under – with La Manga Club’s renowned South Course being used for the oldest age group, the North Course for the 11 to 12-year-olds and the West Course for the youngest players.

Double Major winner Olaza´bal and Solheim Cup star Ciganda, ranked 36th in the world, both won two Spanish junior titles on their way to enjoying worldwide success while world number 11 Garcia finished as a runner-up at La Manga Club in 1993 – the first time the resort hosted the event.

And this year’s competition, which was first held in 1947, looks to have unearthed another Spanish superstar in the making as 13-year-old Jose´ Luis Ballester produced a stunning final-day charge to claim his third national crown.

Ballester, who plays off a handicap of one, trailed Javier Neira by five strokes going into the third round but shot a magnificent three-under-par 70 as the long-time leader faltered to win by two strokes in the oldest boys’ category played.

In the girls’ equivalent event, Odette Font produced an even more impressive display in the final round, carding a six-under-par 66 to claim a four-stroke victory, and Adria´ Maldonado completed a memorable double for the Golf Son Muntaner club in Mallorca by clinching victory in the boys’ 11-12 age group.

Maria Caparros was a runaway winner in the girls’ 11-12 category, cruising to a six-shot victory, while Jose´  Antonio Sintes and Isabel Mas were the winners in the youngest age categories, which was played over 27 holes.

Set across an area of 1,400 acres in Murcia, south-east Spain, La Manga Club is widely recognised as Spain’s flagship resort and has been at the forefront of sports and leisure destinations across Europe and beyond since opening in 1972.

A five-time host of the Spanish Open, the resort’s extensive golf facilities include three 18-hole courses, a nine-hole academy course and a recently-opened Leadbetter Golf Academy – the only one in mainland Spain.

Named as ‘Spain’s Best Golf Hotel’ at the World Golf Awards for the last two years, La Manga Club – the official overseas training base of the Lawn Tennis Association – also boasts a 28-court tennis academy, a new High Performance Sports Centre and 2,000m² spa and fitness complex. In addition, it offers the choice of a five-star hotel, four-star serviced apartments and townhouses and more than 20 bars and restaurants.