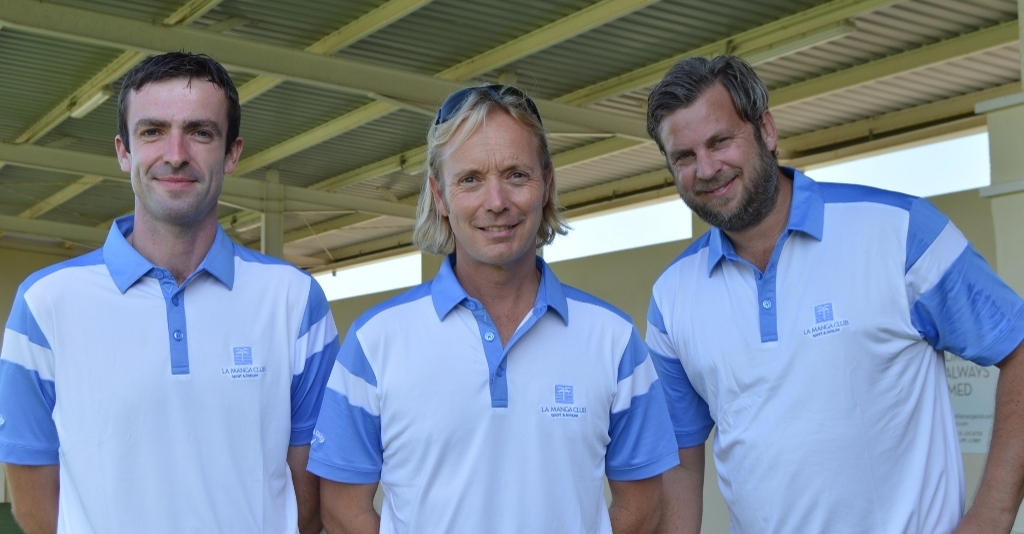 Thomas Johansson has pledged to revolutionise golf tuition at Spain’s historic La Manga Club after his appointment as the luxury resort’s new director of golf training.

The 43-year-old Swede will bring a wealth of experience to his new role in Murcia having taught golfers of all abilities across Europe over the last 20 years including, most recently, at The San Roque Club.

As well as helping beginners, high and low handicappers improve their games, Johansson has coached a number of leading players on the European Tour and Ladies’ European Tour while he is also coach to triple  world blind golf champion Paul Appleyard, who will defend his title in Japan next month.

Johansson explained: “The student does not practice alone. Here, we train so that your level of golf improves, by means of determined exercises and paying attention to progressive results. Each culture has its own way of teaching and we have combined them together to form one. For us, golf is a sport for everyone, with great diversity, and for this reason we have adapted the classes to each person’s individual experience.”

In addition to helping those who are already keen golfers and looking to improve, Johansson is also determined to attract new players to the sport at the top Spanish resort, with the expert assistance of colleagues Anthony McCarthy and Anders Thelberg, head of education at the Norwegian PGA. There are also plans to introduce a new junior golf team to represent La Manga Club in high-profile tournaments throughout Spain.

Johansson, who also coaches the Gibraltar Special Olympics golf team, said: “I will put a lot of effort into creating a junior programme and also bringing more people to try golf through beginners’ clinics. There will be a lot of focus on group lessons and creating a good practice environment.

“Many golfers on holiday want to improve their game but don´t want to spend most of the week on the driving range working for hours on a new swing. There are many ways to improve and we will help bring their game to another level.”

Johansson’s appointment is the latest exciting development at one of the world’s leading elite sports and leisure destinations. And the opening of the new golf training centre highlights some of the huge investment that La Manga Club has made in recent months.

The 37 Spike & Sports Bar is one of a number of improvements that the resort has carried out to upgrade its food and beverages service this autumn, including the reopening of its famous Piano Bar after a summer refurbishment programme.

And the significant investment in its golf and leisure facilities, which has also included the redesign of its pro shop and the purchase of a new golf buggy fleet, has seen La Manga Club win a number of top recent industry honours.

Having been named as Spain’s best golf hotel at the World Golf Awards for the last two years, La Manga Club was voted best golf resort in Spain by Today’s Golfer readers for the fifth year in a row earlier this year while it was selected as one of Europe’s top golf resorts in Golf World magazine’s inaugural list of the ‘Top 100 Resorts in Europe’ this autumn.

Set across an area of 1,400 acres, La Manga Club has been at the forefront of European sports and leisure destinations for more than four decades and is widely regarded as Spain’s flagship resort.

Guests can stay in a choice of the resort’s four-star Las Lomas self-catering apartments or five-star Principe Felipe Hotel, while La Manga Club offers more than 20 bars and restaurants and its own Mediterranean cove beach.