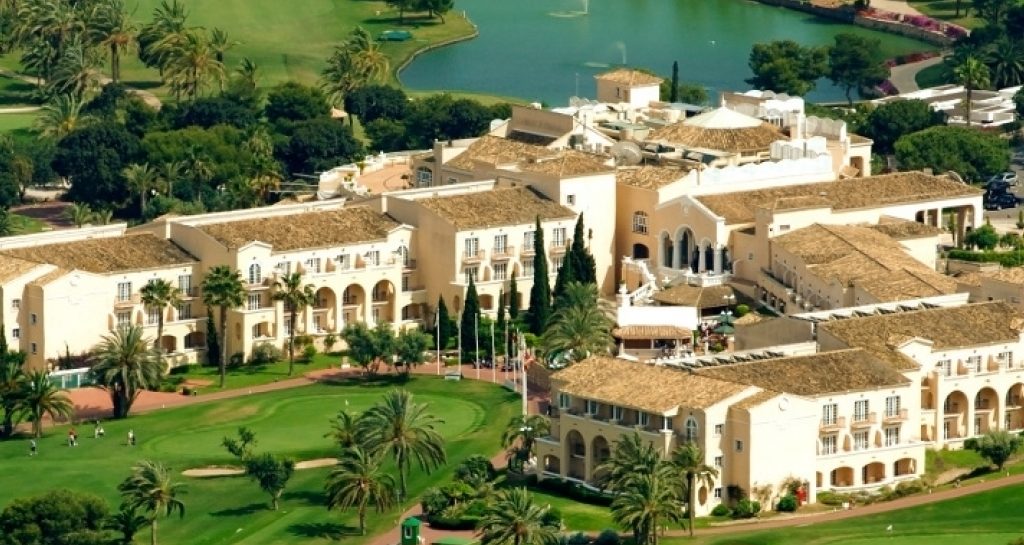 Free accommodation and a range of other fantastic savings are among the eye-catching offers available to couples and families booking a last-minute summer sporting break at Spain’s La Manga Club over the next two months.

Guests can enjoy five nights for the price of four when booking a stay of five nights or more in the resort’s five-star Hotel Principe Felipe and four-star Las Lomas Village apartments and townhouses from August 20 until the end of September.

In addition, discounts of 10 per cent in La Manga Club’s restaurants are also available during the same period, with the award-winning venue offering the perfect solution for active families seeking a sporty holiday, with tennis, golf, football, rugby, cycling and triathlon just some of the different sports that can be enjoyed.

The resort will be running a number of sports and leisure academies for all the family between now and the end of next month, including golf and tennis.

La Manga Club’s recently-opened Golf Training Centre offers a number of special tuition packages for children including a four-hour, under-nine academy, with further options for youngsters in the under-15 and under-17 age groups.

Kids can also take advantage of the new multi-sport area and playground at Las Lomas Village and, while the children are busy, adults can enjoy a round of golf on one of the resort’s three acclaimed 18-hole courses.

Alternatively, players of all ages can hone their their tennis skills at La Manga Club’s outstanding 28-court tennis centre. The official overseas training base of the Lawn Tennis Association, star players including British number ones Andy Murray and Johanna Konta have all used the resort’s facilities to train over the last decade.

All packages include complimentary use of Spa La Manga Club’s fitness centre, indoor pool, saunas and steam rooms and free shuttle bus service. Breakfast is also included on hotel stays, with all breaks inclusive of VAT and based on two people sharing a room.

In addition to outstanding sports facilities, the resort’s amenities include a 2,000sqm spa and fitness centre and new High Performance Sports Centre. It also offers the choice of a five-star hotel, four-star serviced apartments and townhouses, and more than 20 bars and restaurants.

n Five-night breaks for a family of four, staying in a two-bedroom apartment in Las Lomas Village, are available at La Manga Club from August 20 until September 30 from only €700 (approx £615), including one night free. Five-night bed-and-breakfast packages in the Hotel Principe Felipe (based on two people sharing a double room) start from €676 (approx £590) including one free night.