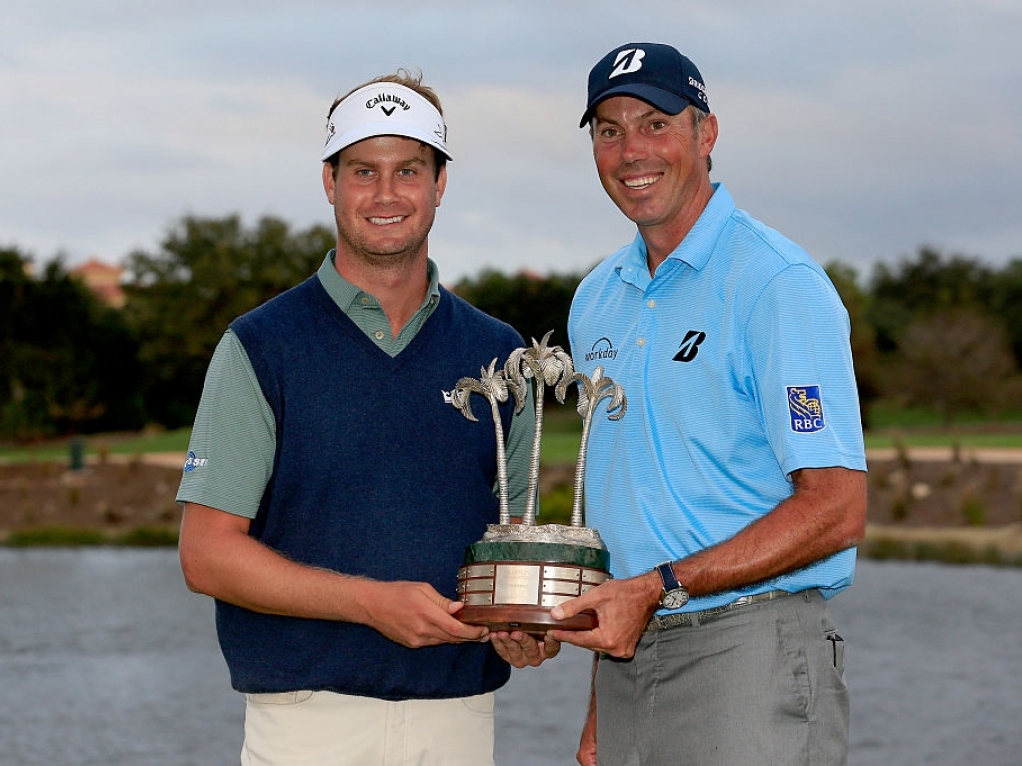 US pairing Matt Kuchar and Harris English shot a seven-under par last round of 65 to hold off Jerry Kelly and Steve Stricker and claim the Franklin Templeton Shootout title in Florida with a total of 28-under.

The overnight leaders maintained their one-shot lead to stay ahead of Kelly and Stricker and win the title again following victory in the 2013 event.

The key to their win was an eagle on the 17th hole by English, who hit his second shot to within 10 feet on the par five before rolling in the putt.

The third round of the tournament was a better ball, where the lowest score by either player counts as the team’s score.

Fellow Americans Charley Hoffman and Billy Horschel finished one shot further back in third place after carding an incredible round of 11-under par.

Lexi Thompson, only the second woman to ever play in the event, finished in a tie for eleventh place along with partner Bryson DeChambeau on 16-under par.