Korda leads by two in Ohio 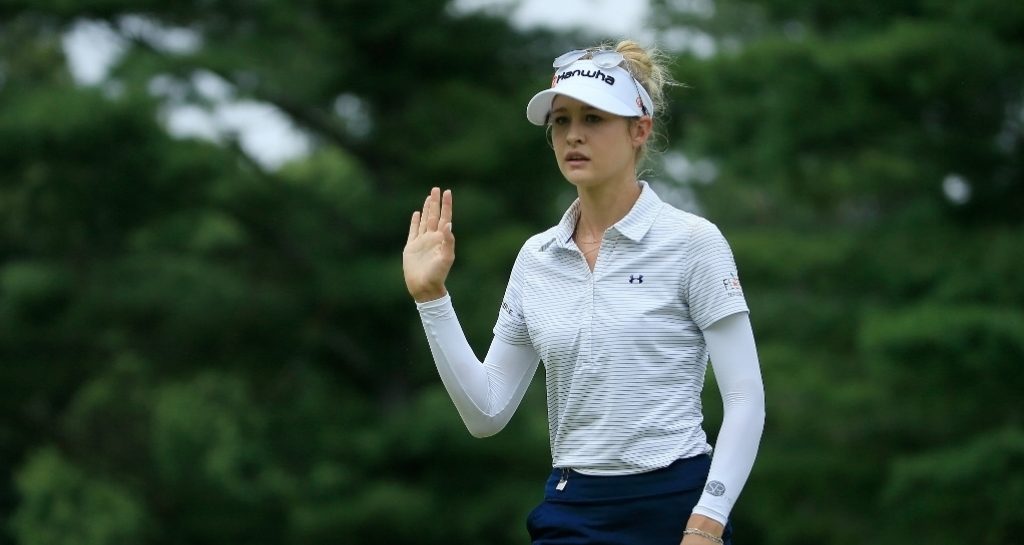 Two closing birdies saw LPGA Tour rookie Nelly Korda open up a two-shot lead ahead of the final round of the Marathon Classic.

Korda – the younger sister of fellow tour player Jessica Korda and the daughter of former tennis pro Petr Korda – qualified for LPGA Tour this season after earning her card via the Symetra Tour.

She only has two prior top-10 finishes to her name, but has given herself an excellent chance of her capturing her maiden LPGA title thanks to a stellar five-under-par 66 in the third round at Highland Meadows Golf Club.

After rounds of 64 and 60 over the first two days, Korda added six more birdies on Saturday, with her only dropped shot coming at the par-4 ninth.

She was particularly hot on the front nine, adding four birdies in a five-hole stretch from the third, while a superb birdie-birdie finish at 17 and 18 saw her finish on 15 under par and separate herself from the rest of the field.

.@NellyKorda birdies her final hole to take a two shot lead at 15-under! 👊 #MarathonClassic pic.twitter.com/XS224cpNfd

A large group of six players follow on 12 under, three shots back, including Lexi Thompson, Sung Hyun Park and Aditi Ashok.

American Brittany Lincicome lies a further shot back, one ahead of Chella Choi.

Lydia Ko shot her best round of the week, a 65, but still finds herself eight shots off the pace.