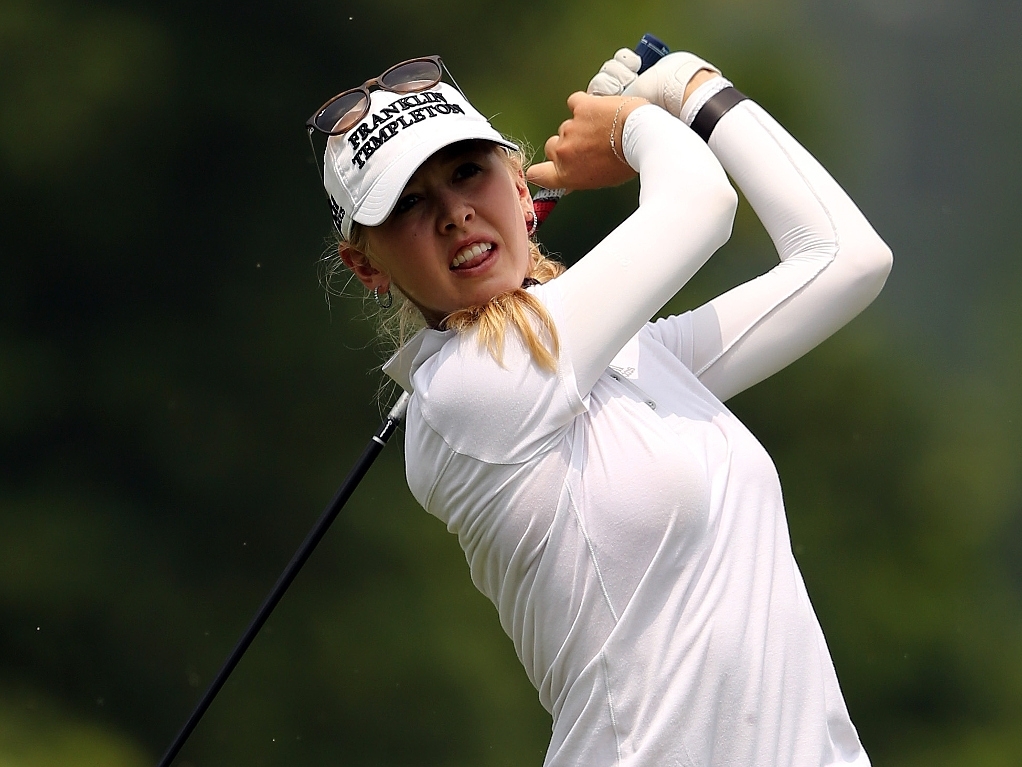 Jessica Korda took a two-shot lead at the LPGA Malaysia Sime Darby after carding a six-under-par 65 at the Kuala Lumpur Golf and Country Club on Saturday.

The 22-year-old American's bogey-free round means she will go into Sunday's final round with a healthy cushion over world number three Stacy Lewis, who also carded a blemish-free 65 on the day.

Korda reached a score of 12-under, while Lewis and overnight leader Jang Ha-na (71) of South Korea are on 10-under.

Jang was in a tie for the lead alongside Korda until the 14th hole of her round, where she notched a double bogey five to drop off the pace somewhat.

One stroke further behind was world number two Lydia Ko – who was paired with Korda on the day – after the New Zealander carded an eagle and three birdies in her round of 68.

Although her recent form has been far better than Korda's, Ko has complained that she doesn't feel as if she is "hitting the ball that solidly".

Korda, the daughter of former Australian Open tennis champion Petr Korda, has made just one cut in her last six events and has just one top 10 finish behind her name this year.

"It's been a tough year this year but to put at least three good round together has been super nice and super refreshing," Korda said from the clubhouse after her round.

Ko is among a high-profile chasing pack which includes defending champion Feng Shanshan (68), while former world number one Yani Tseng and current rankings leader Park In-bee both carded 71 to lie on eight-under.