Korda catches up to Lee at Blue Bay 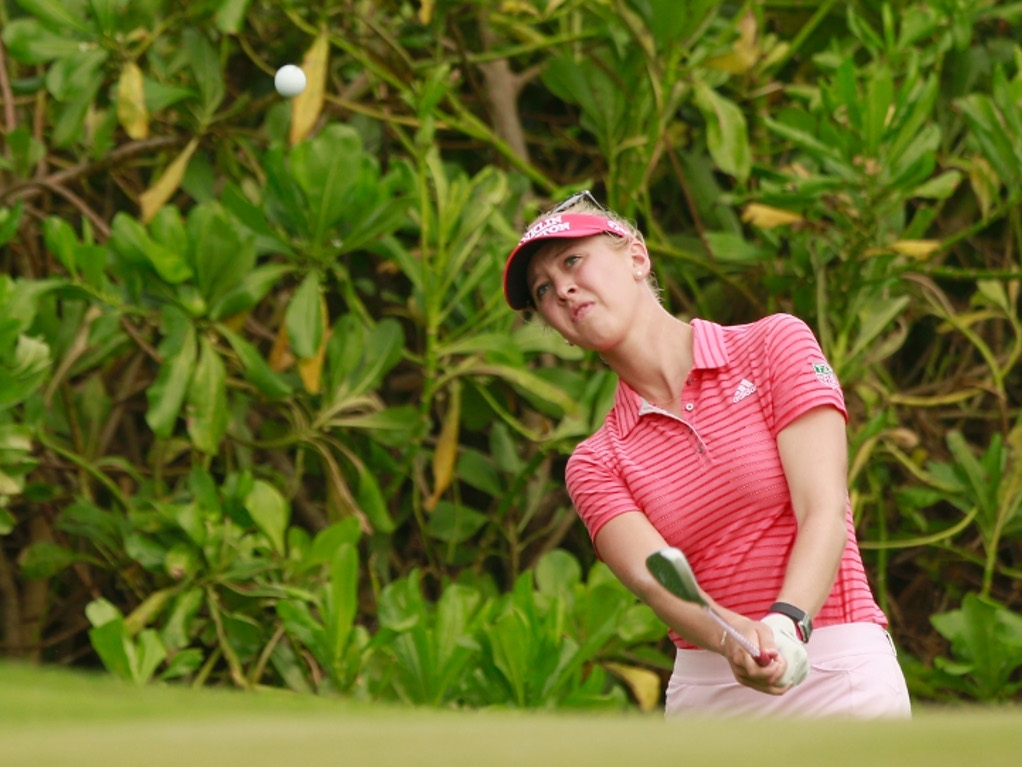 Jessica Korda and Minjee will take a two shot lead over the rest of the field into the final round of the Blue Bay LPGA on Sunday.

Korda – who started seven strokes behind leader Lee – rallied with a sizzling six under in the third round on Saturday at Hainan Island in China.

The round took the American to 11 under for the tournament, while Lee slumped to a one over par 73 to tie with her foe.

Korda was sublime around the island course, rolling in six birdies while keeping a bogey-free scorecard to bring herself into contention for a fifth LPGA Tour title.

In particular, Korda was proud of her birdie on the difficult par four 12th.

"12 in general is a really hard hole…you have to land it perfectly at the top to have any shot at that pin staying on the back of the green," said the 23-year-old.

"It's really wet back there so you don't want to have to chip up. It's not an easy chip. So I was just really happy to be on the green to be honest with you and have some type of putt at it. And being able to birdie it, if that's what my reaction was…I looked up and down and excited…it was more like a surprise and it was a good surprise."

Two shots back on Korda and Lee is the talented Ariya Jutanugarn, who is alone on nine under after a seven under 65. Driver was key for Thai star, as she hit 13 out of 14 fairways.

Germany's Caroline Masson, who has been near the top of the leaderboard all week, is in fourth place on seven under while Pornanong Phatlum is five shots off the pace on six under.