In-form man Koepka moves to the top at Northern Trust 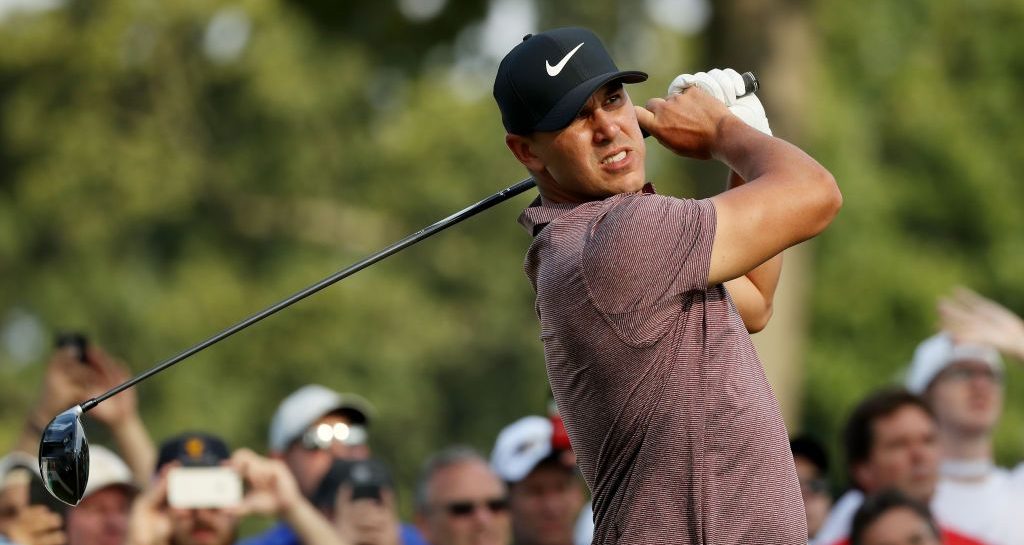 There was little surprise as Brooks Koepka moved into a share of the lead with fellow American Jamie Lovemark after the second round of The Northern Trust in New Jersey.

The 631-yard 13th hole at Ridgewood Country Club proved key for Koepka. From just under 310 yards he swung a 3-wood and the ball stopped 20 feet from the hole. Koepka made it for eagle and then closed with three straight birdies.

“I wasn’t happy the first 11 holes the way I hit it,” Koepka said. “When I hit that 3-wood, it all clicked. I felt like I was finally able to release the golf club. Just tried to hit as hard as I could, big draw. Aimed at the tree on the right and tried to draw it back to the flag. When I did that, everything started to click.”

Australia’s Adam Scott moved one shot off the lead after an impressive 64, one ahead of world number one Dustin Johnson.

Johnson made eight birdies in total to finish with a round of 67 leaving him eight under, along with fellow-American Bryson DeChambeau.

Phil Mickelson stayed in contention with another round of 68 leaving him four shots off the lead in a tie for 11th.

But the round of the day came from former Masters champion Scott, who hit four birdies each on the front and back nine, with only a bogey at the par-four 10th checking his progress.
Tiger Woods made the cut at level par but Open champion Francesco Molinari failed to make the weekend after his second straight 72.

Woods hit the ball beautifully but could only manage two birdies, giving him four birdies in 36 holes.

He finished with a three-putt bogey from just inside 30 feet, giving him another 71.

“I had a hard time seeing my lines, and consequently didn’t make anything.”