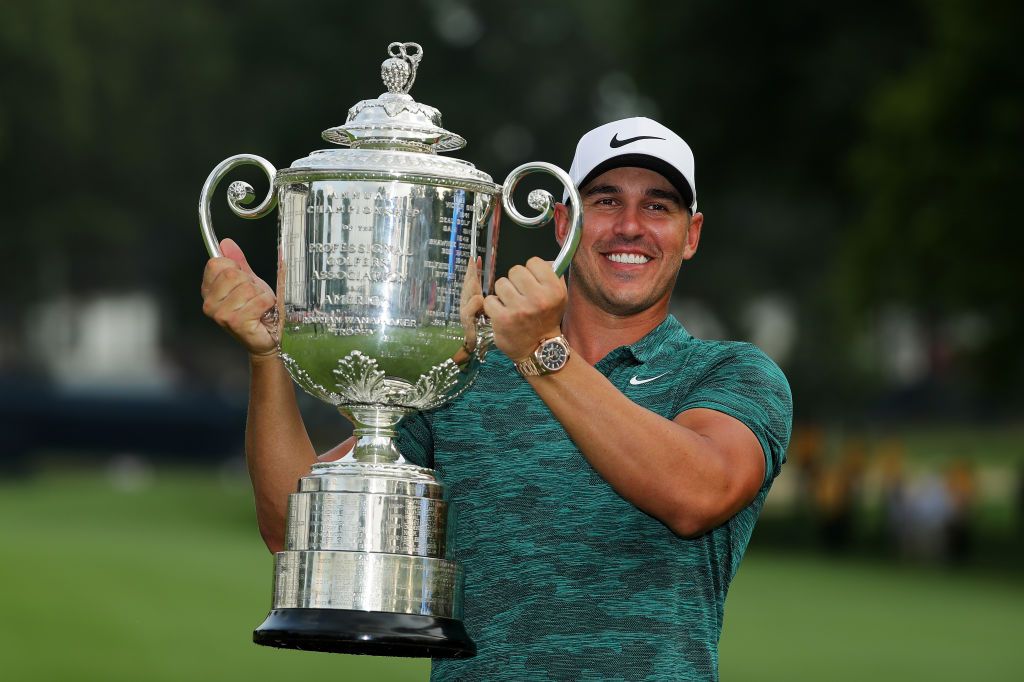 Brooks Koepka’s third major triumph was arguably the most challenging of the lot and his performance at Bellerive has yielded praise from all angles, not least from the president of the USA.

Koepka joined one of golf’s most select fraternities with his second straight US Open triumph at Shinnecock Hills in June, becoming just the seventh player to win back-to-back US Opens.

Then on Sunday Koepka captured his third career major title at the PGA Championship, outdueling Tiger Woods and Adam Scott down the stretch at Bellerive Country Club to shoot the lowest 72-hole score in the history of the event.

Koepka displayed his trademark composure under pressure when Woods was throwing everything he had at him from a group in front.

Adulation and flattery for the 28-year-old have come from a number of different sources both inside and outside the game.

On Monday, president of the USA, Donald Trump, had his say on Koepka’s heroics.

“He has been a man of steel on the Tour and will have many Victories, including Majors, ahead of him. Congrats to Brooks and his great team on a job well done!”

Trump is a controversial figure who divides opinion.

However, his claim that Koepka will win many more majors is quite possibly one of his most agreeable predictions yet.