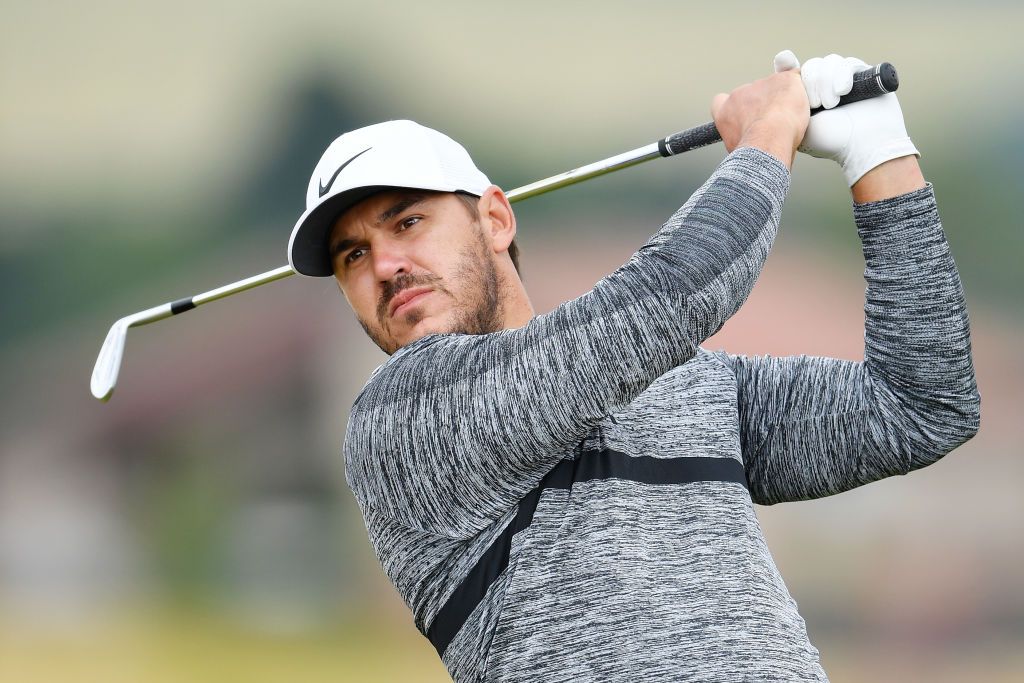 The American held off late charges from Tiger Woods and Adam Scott in front of a packed house at Bellerive on Sunday afternoon to chalk up his third major win.

Koepka’s steely resolve under pressure was appreciated by Woods, who hung around to congratulate the Floridian on winning the Wanamaker trophy.

“To hang around there on 18, I know he finished about 30 minutes before, but to hang around…I wasn’t expecting it,” the 28-year-old told Dan Patrick on his radio show.

“It was probably the coolest gesture he could have done. It was fun going toe-to-toe with him and Adam Scott, the two guys I looked up to my entire life, to battle it out with them, if you had told me when I was 12 years old that would have happened, that would have been a dream come true.”

Brooks Koepka just became the 100th PGA Champion on his 100th career start. He's the 5th person ever to win the US Open and PGA in same year. And he still has to keep his girlfriend away from Tiger Woods. pic.twitter.com/67ZRuIBi2s

The victory, coupled with his US Open win at Shinnecock Hills in June, makes Koepka just the fifth player to win the US Open and PGA Championship in the same year.

The list is a prestigious one as it includes legends Gene Sarazen, Ben Hogan, Jack Nicklaus and Woods.