Koch ready for the challenge 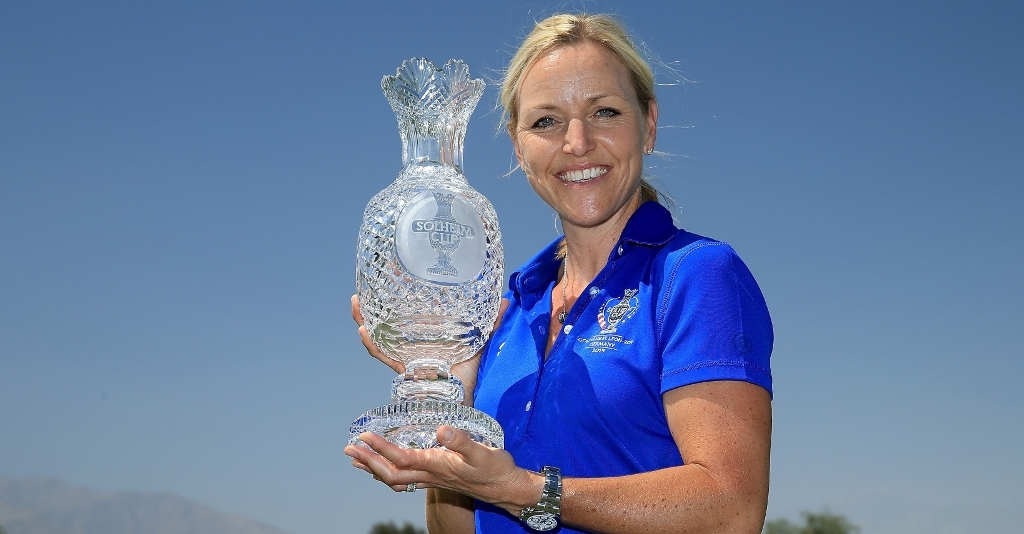 Carin Koch, the captain of Team Europe for the Solheim Cup, is ready for this weekend's challenge.

The Swede revealed she will be taking some tips from victorious captain Liselotte Neumann, who lead Team Europe to a win in 2013.

"I think Liselotte Neumann did a great job in the last Solheim Cup in Colorado, and I'll try to copy some of the things she did as well as doing my own thing," revealed the 44-year-old on Sky Sports.

Koch was part of a winning European team at Loch Lomond in 2000, where she sank the winning putt.

"It was from around 15 feet, and it was very dark and so cold, I couldn't feel my hands and they were shaking so much," she added.

"That 17th is probably my favourite Solheim Cup hole – I just wanted to dig that green up and take it home with me!"

Leading Team USA is 31-time LPGA Tour winner Juli Inkster, who has the likes of superstar's Stacy Lewis and Lexi Thompson at her disposal.

The 2015 Solheim Cup tees off at Golf Club St. Leon-Rot in Germany on Friday.