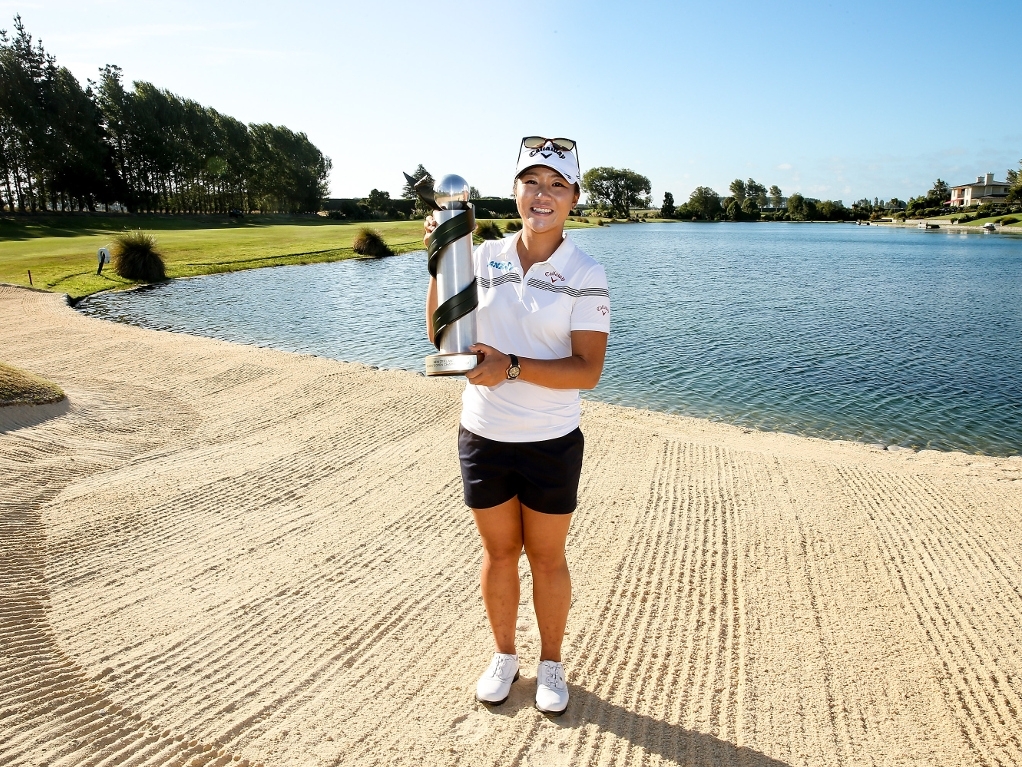 Lydia Ko held off a host of challengers on her way to winning her third New Zealand Women's Open on Sunday.

The Kiwi showed nerves of steel to card a final round of two under 70, leaving her on ten under for the event, two strokes ahead of Nanna Madsen, Felicity Johnson and Hye-Jin Choi.

The world number one was part of a five-way tie for the lead at one stage, but pulled away from the pack with back-to-back birdies on the tenth and eleventh.

Ko kept that two stroke cushion intact for the rest of the round, which was interrupted by a 5.7 magnitude earthquake before she teed off.

"I thought it was pretty cool," the 18-year-old told the NZ Herald.

"I had my earphones in and I didn't know if I was just getting into the rhythm of the song. Jason [caddie Jason Hamilton] thought it was his beers from yesterday kicking in.

"With these natural disasters, it's kind of out of your hands and you are just hoping there's no collateral damage.”

The win marks Ko's fifth on the ALPG Tour and her 15th professional win overall.