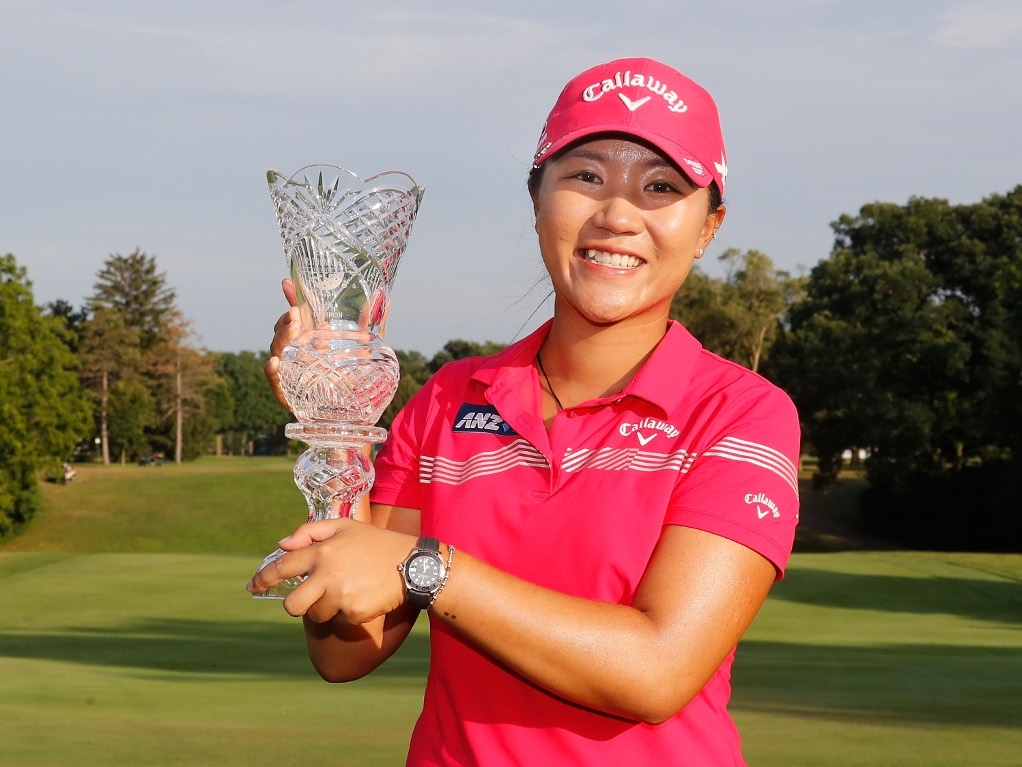 Lydia Ko saw off Ariya Jutaugarn and Mirim Lee in a three-way play-off to claim the silverware at the Marathon Classic on Sunday.

Ko’s road to her second Marathon Classic title was not an easy one though as four extra holes, all of which were played at the 18th, were needed to separate the trio after they were tied on 14 under after 72 holes.

The world number one clinched her fourth LPGA Tour title of the year, which also includes a major, and 14th overall LPGA title after making a 10-foot birdie putt at the fourth extra hole, while Jutanugarn, who was also searching for her fourth win of the year after winning three tournaments in a row in May, made par.  Lee squandered the chance to end her title drought that spans back to October 2014 when she made a bogey.

Ko had a chance to finish things off at the third extra hole, but missed a five-foot birdie putt, while Jutanugarn had opportunities to claim the title on the first two playoff holes, but she failed to convert birdie putts of 14 and eight feet respectively.

The 19-year-old Ko, who finished on 14 under after carding a two-under-par 69, started the final round three strokes adrift of overnight leader Hyo Joo Kim, but quickly made her intentions clear when she made a birdie at the second and followed it up with three more birdies to round off a fantastic front nine.

The New Zealander was unable to maintain her momentum on the back nine though as she surrendered two shots. Despite her late lapse she still had done enough to secure her a place in the play-off.

Jutanugarn began her round of 68 with consecutive birdies at the second and third before faltering with a bogey at the ninth. She atoned for her mistake with a birdie at the 10th, but stumbled again with a bogey at the 12th. An incredible eagle at the par-five 17th proved to be crucial for the Thailand native as it propelled her into the play-off.

Lee, who fired a 65, was in excellent form on the front nine as she made two birdies, a bogey and an eagle at the par-five seventh. She continued to excel on the back nine when she made four birdies in five holes from the 13th to 17th. Only needing to make par at the 18th to win the tournament, the pressure got to Lee and she registered what would prove to be a very costly bogey.

Meanwhile, Kim had a healthy lead heading into the final day, but nothing went right for the South Korean as she recorded a two-over-par 73, which consisted of two birdies and four bogeys. As a result, she missed out on the play-off by one stroke.