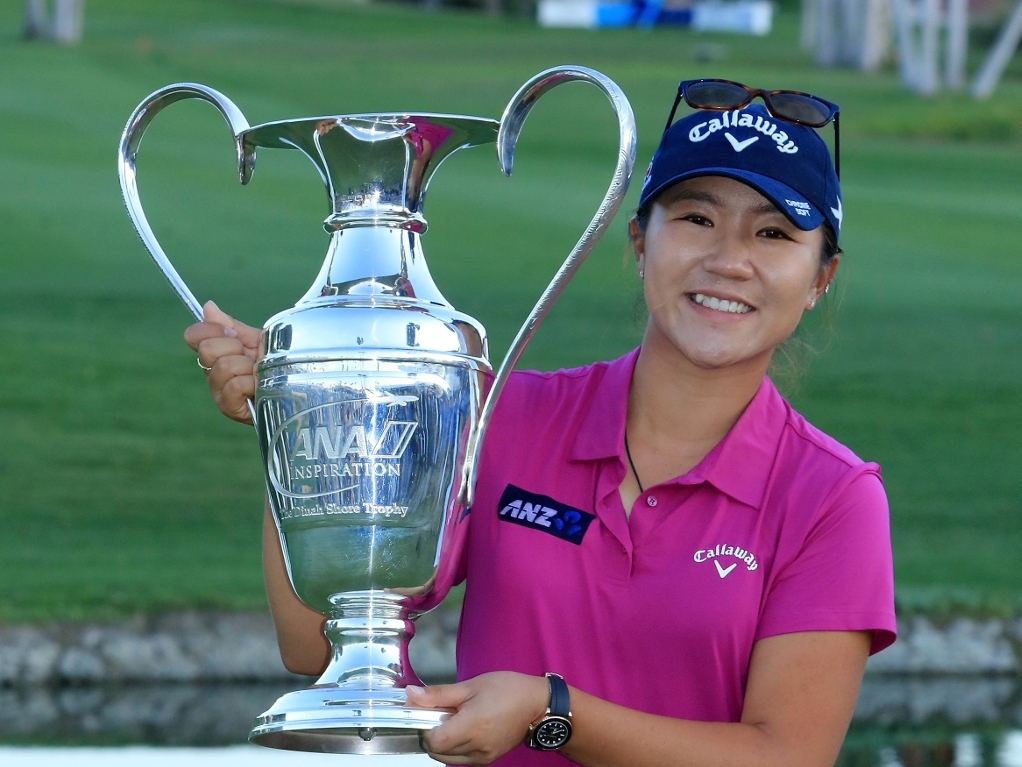 Lydia Ko has become the youngest player to win two LPGA majors after securing victory at the ANA Inspiration.

The world number one showed great fight to stay in contention despite not playing her best golf, with the New Zealander benefiting from a late stumble from Thailand's Ariya Jutanugarn.

The 20-year-old Jutanugarn held a two-shot lead when she stood at the 16th tee, but back-to-back bogeys saw her stumble at the key moment, allowing Ko to pounce. Another bogey at the last saw Jutanugarn drop back further to fourth spot.

Ko began the day one shot back of overnight leader Lexi Thompson, and struggled to really kickstart her final round at Mission Hills Country Club. Two birdies on the front nine Ko move to 11-under and still just off the pace.

The closing nine was something of a struggle for Ko, but it was where she showed her true class. It wasn't birdies that were the key for the 18-year-old, with a number of clutch par putts keeping her in contention.

It was this that allowed her to take advantage of Jutanugarn's late troubles, with Ko birding the last after putting her approach to within a foot of the hole at the par-five 18th. A birdie resulted, and for the first time on the day Ko held the lead on 12-under. She would not relinquish it as she secured back-to-back major titles.

It was painful viewing as Jutanugarn's bid for her first major title faulted under pressure. The Thai golfer was two clear with three holes to play, but imploded in spectacular fashion, three-putting the 16th, before failing to get up-and-down from a bunker at the 17th, and finally hooking her drive into the water at the 18th.

Charley Hull and In Gee Chun finished in third, a stroke behind Ko and one clear of Jutanugarn.

An eagle at the last was the only bright moment in a disappointing day for Thompson who dropped to fifth on the back of a round of 73, while Inbee Park was one of three players in a share of sixth spot.