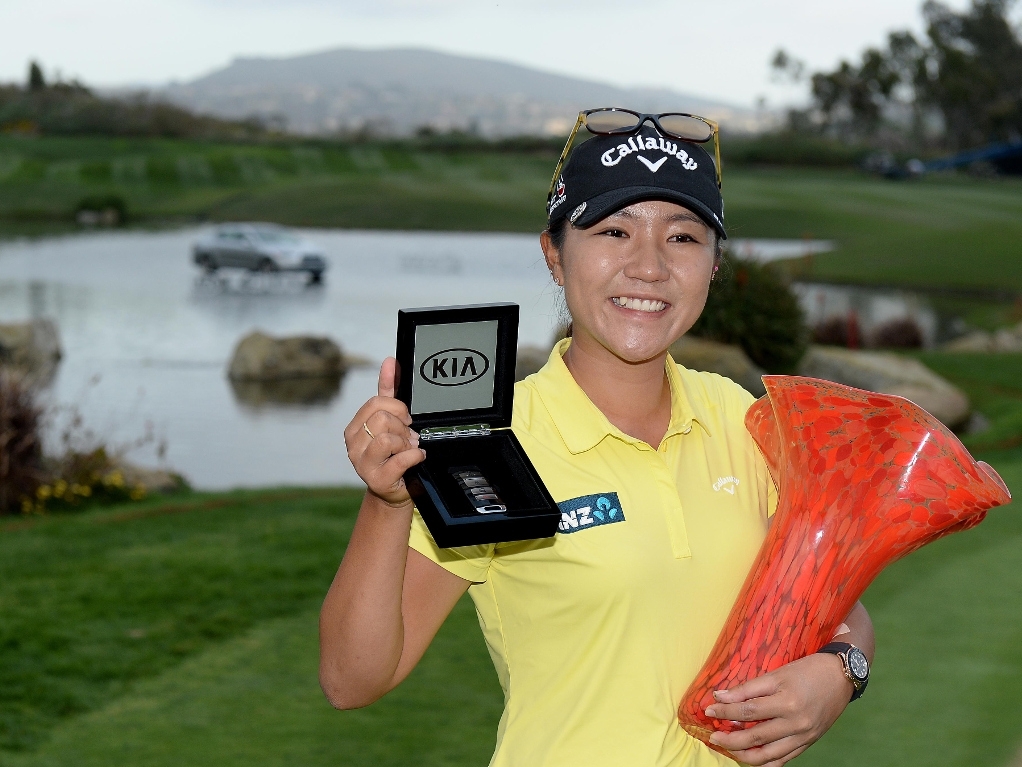 Lydia Ko carded a five-under-par 67 to hold off a late charge from Inbee Park to win the Kia Classic by four shots on Sunday.

Ko, who had finished as a runner-up twice prior to the tournament, earned her first LPGA title of the year and 11th of her career.

The world number one ended the tournament on 19-under, while Park, who is second on the world rankings, occupied second place on 15-under.

Japan’s Ai Miyazato finished third on 12-under, while Jenny Shin and Sung Hyun Park were in a tie for fourth on 11-under.

Ko began her final round strongly as she made consecutive birdies at the first and second before picking up a further shot at the fifth. After faltering with a bogey at the sixth, the 18-year-old bounced back with a birdie at the ninth.

Ko was hit with a one-stroke penalty at the 10th after she double hit a putt from the fringe. This in combination with birdies from Park at the 16th and 17th saw the New Zealander's lead cut to just one stroke

However, Ko maintained her composure and secured victory with a hat-trick of birdies from the 16th to 18th.

Park began the day four strokes adrift of the lead and in fifth place, but managed to get within touching distance of Ko. However, her valiant efforts would prove to be in vain as she had to settle for the comfort of securing her first top-10 finish of the year.

Miyazato carded a tournament-best six-under-par 66, which included seven birdies and a bogey, to surge up 12 spots on the leaderboard and finish in the top 10 for the first time since 2013.