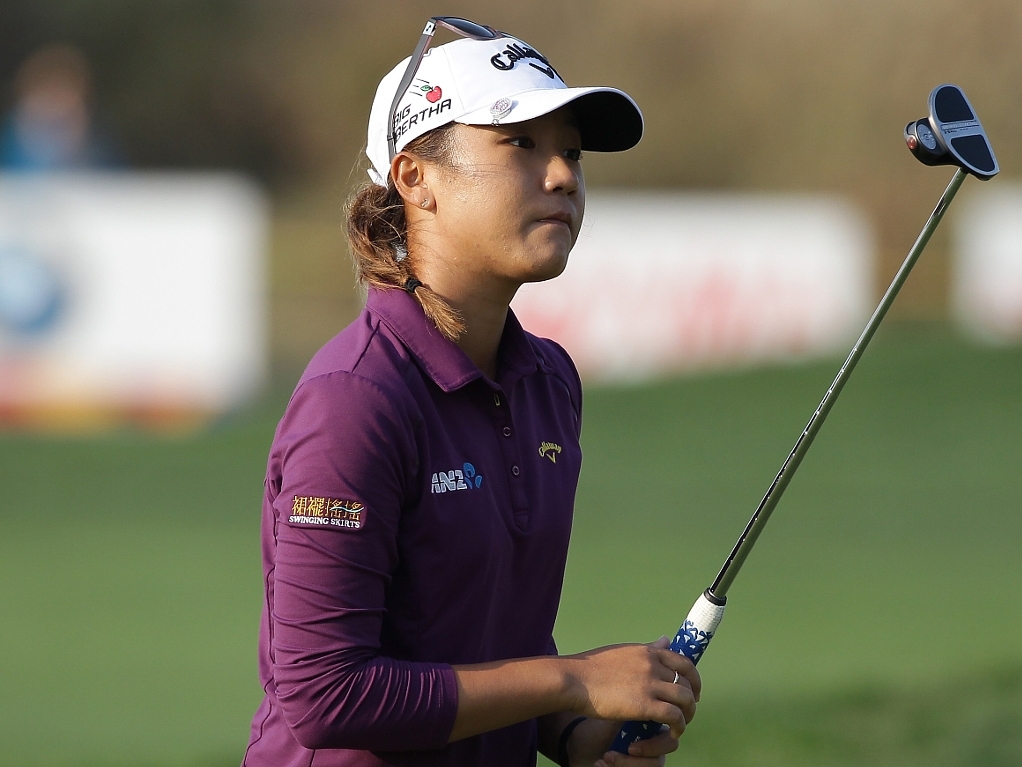 Lydia Ko carded a three-under par 69 to claim a share of the lead of the LPGA KEB Hana Bank Championship in Incheon, South Korea.

Ko had arguably one of the strangest rounds of her short career, mixing two bogeys and a double-bogey with three birdies on the back nine.

It seemed as if she was going to run away with the tournament at the turn, having played largely error-free golf and shooting included four birdies.

After making the fairways and greens with regularity over the first 10 holes, the world number two struck another pinpoint drive on the par-four 11th, but left her wedged approach short. She was unable to get up-and-down and proceeded to notch her first bogey in 39 holes.

At the 175-yard par-three 12th, she once again left her approach to the green short and saw the advantage she had built up over the round disappear.

Normal service was seemingly restored when she birdied the par-five 13th, but disaster then struck at the next hole.

The two holes in which she left her approach short seemed to play on her mind, as she tried to gain some extra distance on her driver.

Instead of her tee-shot steaming across the fairway, Ko looked on in horror as she found the water trap on the par-four instead and two more dropped shots followed.

To her credit, Ko showed remarkable presence of mind and soon climbed back up the leaderboard with birdies at 15 and 17.

World number one Inbee Park notched a two-under 70 to finish the third round eight shots behind the leaders in a tie for 18th.

Should Ko win and Park finish down the field, the New Zealander will reclaim the world number one ranking. A victory for Ko would also make her the youngest golfer ever – male or female – to win 10 tournaments as a professional.