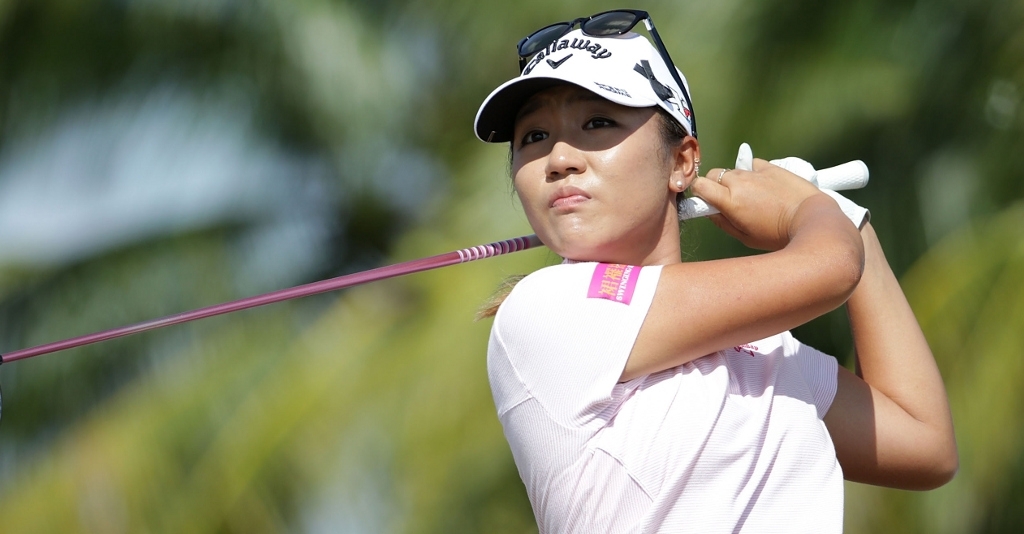 Ha Na Jang held on to a share of the lead at the CME Group Tour Championship, but some big names are lurking not far behind.

The South Korean continued to impress at the LPGA's season finale in Florida on Saturday, adding a third-round, three-under-par 69 to move to 13 under par for the tournament.

That was good enough for a share of the lead with Cristie Kerr, who made the biggest move amongst the front-runners thanks to an excellent six-under-par 66.

Jang was only one under par through her first 13 holes, but picked up another birdie at the 14th before making a superb eagle on the penultimate hole.

That moved her to 14 under par and gave her sole possession of the lead, though a closing bogey would see her drop down into a tie with a charging Kerr.

Kerr would have been disappointed after an opening bogey at the par-five first, but would go on to make an incredible five birdies in her next six holes, adding two more later in the round to rocket into the running.

Kerr and Jang are two shots clear of Gerina Piller and world number one Lydia Ko, who remains right in the hunt after a three-under-par 69.

Ko was sedate on the front nine, rolling in nine successive pars as the tournament threatened to get away from her, but three birdies on the back – including two in her last three holes – went a long way towards closing the gap.

Lexi Thompson, Karine Icher and Brittany Lincicome follow on 10 under, three back, while Inbee Park, Ko's main rival for top honours at the end of the LPGA season, can't be counted out after carding a five-under-par 67 to move to nine under, four shots off the lead and two behind Ko.

It all seems perfectly poised for a final-round shoot-out, as the tournament – and the battle between between Ko and Park for top honours – looks set to go right down to the wire.