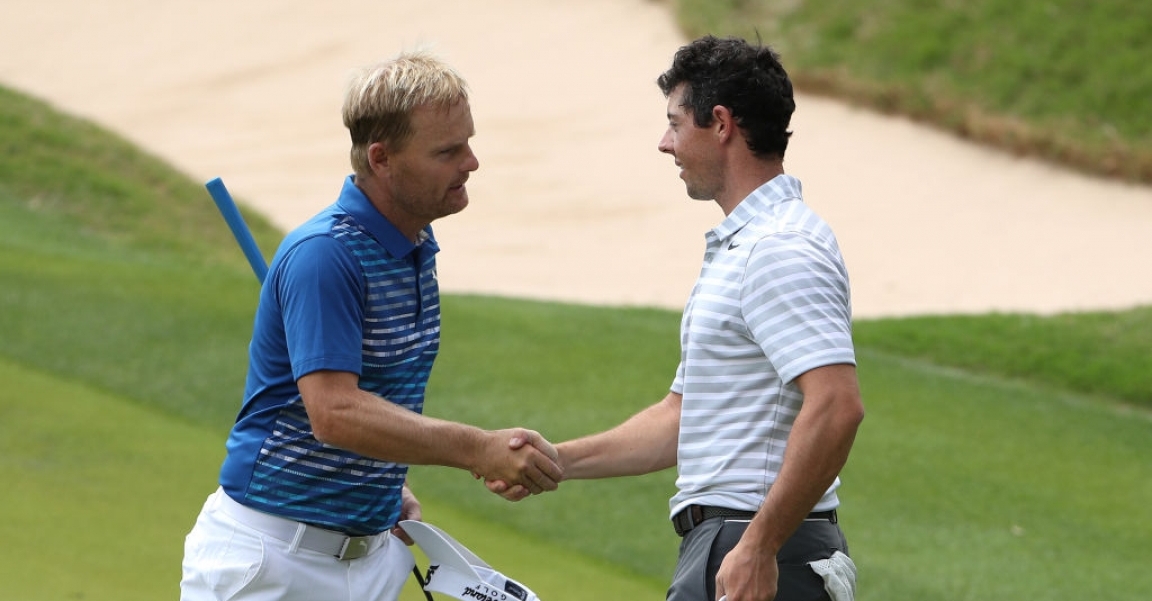 Rory McIlroy went down to an opening day defeat at the WGC-Dell Technologies Match Play in Texas, losing to Denmark’s Soren Kjeldsen.

McIlroy was two down with eight holes left but stormed into the lead after winning three consecutive holes. Kjeldsen prevailed, however, after birdies at the 14th and 16th holes to seal a 2&1 victory with a superb tee-shot at the penultimate hole.

The Ulsterman must now win both his remaining group matches against Gary Woodland and Emiliano Grillo to have a chance of making the last 16 of the tournament he won in 2015.

In a nip-and-tuck match, McIlroy lost the opening hole, only to win the third and fourth before Kjeldsen levelled at the next hole. The Dane went back into the lead after McIlroy bogeyed the ninth.

He extended his lead at the 10th, but McIlroy hit back with birdies at 11 and 12.

They traded birdies at the next two holes, McIlroy winning the 13th only for Kjeldsen to birdie the next.

Kjeldsen then took the 16th as McIlroy missed a putt from 15 feet.

The 62nd seed then held on for the win.

Speaking after the win, the Dane said that the key to winning was to focus on his own game.

McIlroy later admitted that the Dane had been the best man on the day.

"I played well," he said. "If I had played anyone else I might have won. Soren played great, and I have to give him credit. He played really, really well, from the first hole. He made birdie at the first, and his wedge play was very sharp all day.

"To be six under for 17 holes around here is really good.

"Overall I can't be too disappointed, but at the same time when standing on the 14th tee, just having won three holes in a row, I thought I had him going into a tough stretch of the golf course. But he put up three birdies in a row and you can't do anything about that,” he added.