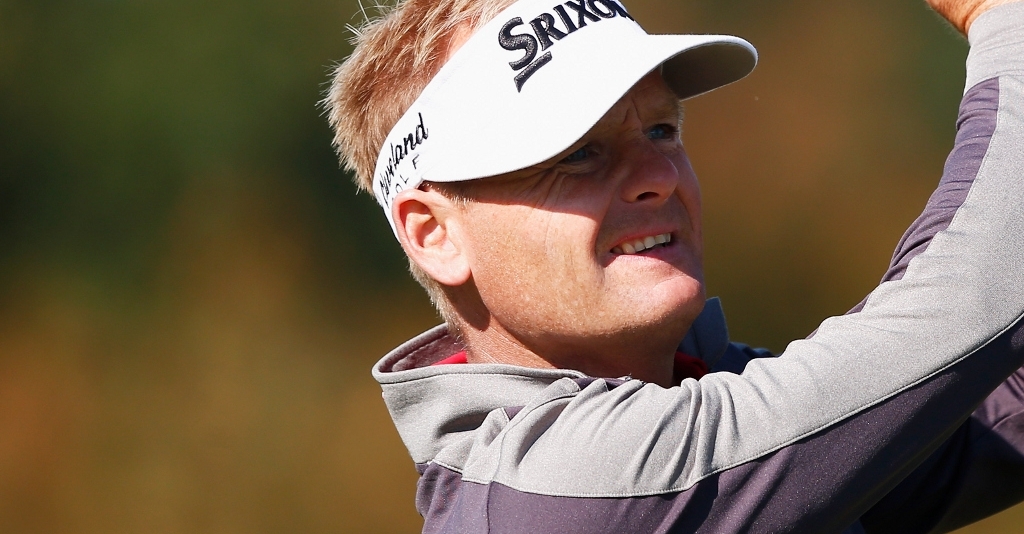 Denmark's Soren Kjeldsen will take a one-shot lead into the third round of the KLM Open in the Netherlands.

The 40-year-old added a second successive six-under-par 64 at Kennemer Golf Club to take his total to 12 under par.

That was one shot clear of Australian Wade Ormsby and Englishman Dave Horsey, who had rounds of 68 and 66 respectively.

James Morrison lies alone in fourth on 10 under after a 67, while a large group of seven players follow on nine under, including the likes of Rafa Cabrera-Bello (66), Richard Green (64), Lee Slattery (65) and Matthew Fitzpatrick who rocketed up the leaderboard with a superb 10-under-par 60.

They're all chasing Kjeldsen, though, who added two birdies prior to the turn and four more after in a flawless round of golf.

"It feels sweet," he told the European Tour. "It was really good yesterday, and you guys always talk about how it’s hard to follow a good round with another one, and I suppose the statistics show that it is.

"I didn’t really have a number in mind or anything. I just kept playing my game and I managed to roll in a few putts again which was nice.

"As you know, in golf we get all sorts, but today was another great day and I’m very happy with the way I played.

"It wasn’t a huge amount different playing in the morning than the afternoon. The greens are a little soft but they are holding up nicely – they didn’t get bumpy yesterday afternoon. It was a bit windier yesterday, but we had a good breeze again today.

"I’ve played with Matt (Fitzpatrick) before and he loves this kind of golf course as well, so I’m not surprised to see him do so well today. You have to shape shots and every tee you stand on it looks so inviting. It’s nice to have that feeling, where every hole you can’t wait to play it."

Fitzpatrick had a 20-foot birdie putt at the last for what would have been the European Tour's first 59, but it came up agonisingly short.

"I was just trying to get the read right on that putt on the last there – in fact I was thinking so much about the line I forgot about the pace of it, and it was a bit disappointing to leave it short," he said.

"I knew what I had to do on that hole, and hit two good shots in, but I was a bit unlucky that the approach span back down the slope."