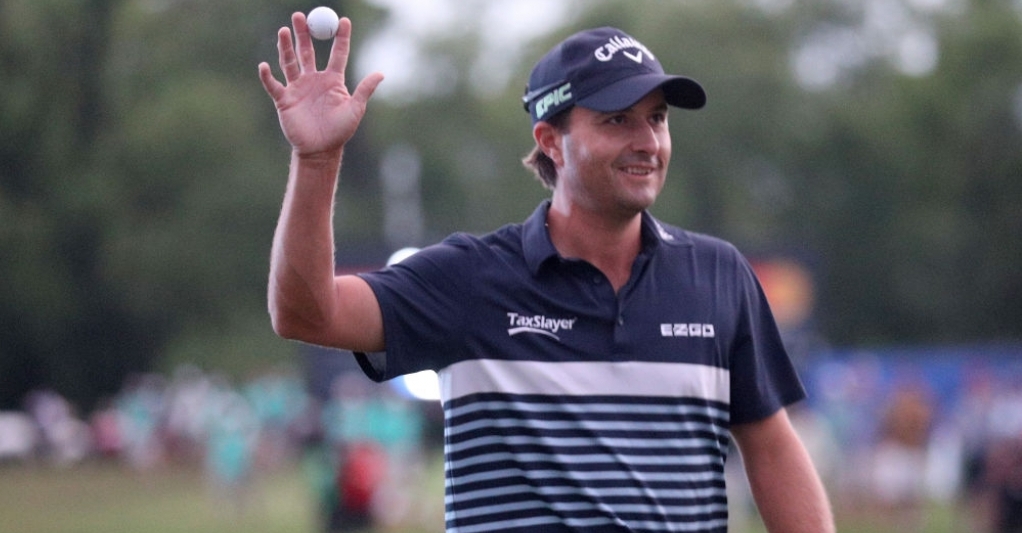 The Zurich Classic will go to a playoff on Monday after Kevin Kisner chipped in for an eagle on the 18th hole as darkness fell on Sunday night.

Kisner and partner Scott Brown will face off against Jonas Blixt and Cameron Smith for the title at the TPC course in Louisiana.

Kisner’s chip from around 100 feet hit the pin and dropped in, forcing Smith to make an 18-inch birdie putt to tie the scores at 27-under par.

It capped a remarkable final round of best-ball play for Kisner and Brown, who shot a 12-under 60 to draw level with and Blixt and Smith (64) in the first team event on the PGA Tour in 36 years.

Swede Blixt and Aussie Smith have yet to record a bogey, and appeared to have the title wrapped up before Kisner’s amazing finale.

A six-hour delay to the start of proceedings due to thunderstorms meant that play ended in almost total darkness.

Kelly Kraft and Kevin Tway finished in third place at 23-under par while Jordan Spieth and Ryan Palmer were one shot further back after shooting a final round 64.