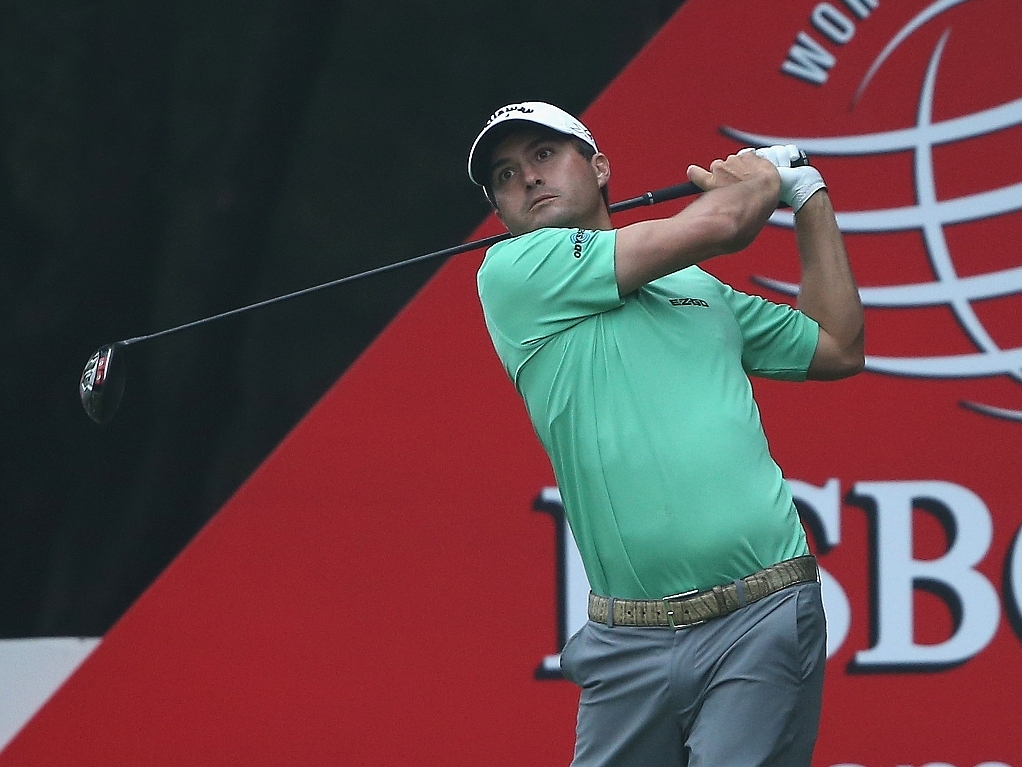 Kevin Kisner will take a one-shot lead into the final round at the WGC-HSBC Champions after carding a third round 70 in Shanghai on Saturday.

Overnight leader Kisner reached 16-under at the 54-hole point, one shot ahead of Russell Knox (64), Dustin Johnson (65) and local favourite  Li Haotong (66).

World number two Jordan Spieth carded the lowest round of the day, a 63, and is in a tie for fifth place on 13-under, alongside Ross Fisher (65) and Patrick Reed (68).

A victory for Kisner would be his first on the European Tour in six attempts, while Spieth could claim his third of the year, alongside Andy Sullivan, following his wins at the Masters and US Open earlier this year.

Knox and Haotong are both seeking maiden wins, while 2013 champion Johson is in search of his second title there.

In what proved to be a rather exciting third round, despite an early delay for dangerous weather, Spieth was the first of the potential winners this week to make move.

Starting from 10 shots behind Kisner, Spieth picked up four shots in his first eight holes to close the gap to the leaders significantly.

Li and Knox both birdied the first to cut Kisner's lead to one shot, while Li, Knox and Johnson were all successful with their birdie putts on the placid par-five fifth.

When Kisner made his first bogey of the week at the sixth, and Knox knocked in his third successive birdie, the lead changed hands.

Li, meanwhile, dazzled the crowd with birdies on each of his first four holes to move to within two shots of Kisner, who had since retaken the lead with a birdie of his own on the next hole.

The Chinese golfer dropped a shot at the fifth, resulting in him being overtaken by Johnson, who had reached the turn in 31.

Another birdie for Knox at the eighth, his third in a row, saw him move into the lead once more after Kisner's close-range putt lipped out.

Spieth joined Johsnon and Li on 13-under with a birdie on the 18th and when Knox and Kisner dropped shots at the 10th, the world number two was just two shots off the pace.

Knox then retook the lead with a birdie on 11, but the chasing pack continued to pick up shots as well to keep the top of the leaderboard congested.

Kisner, Johnson and Knox then joined the Chinese golfer on 15-under, before Kisner once again took the lead with a birdie on 16.

Knox opted to finish the 18th on Sunday morning after the light diminished significantly in the closing stages of the round.