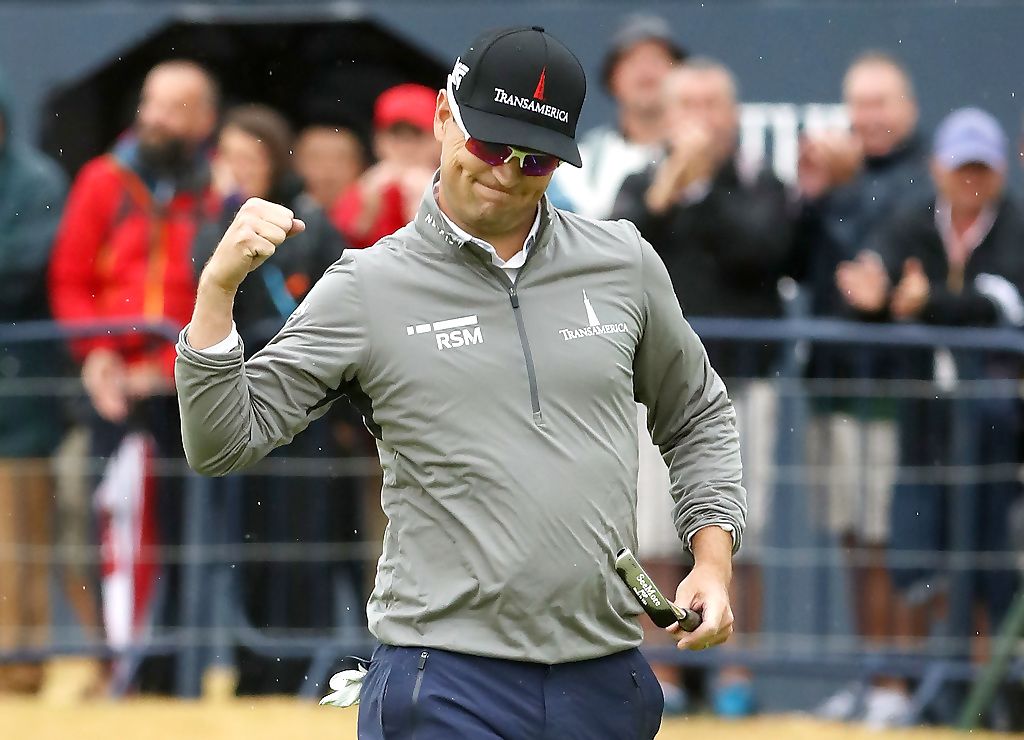 Americans Kevin Kisner and Zach Johnson shared the lead after two rounds with a six-under-par total at the 147th Open Championship on Friday.

Not only are Kisner and Johnson leading the Carnoustie tournament by one shot, but are also sharing a house for the duration of the event.

A shot back is Tommy Fleetwood, who scored the joint-lowest round of the day with a 65, to sit with a five under total and is joined by Americans Xander Schauffele and Pat Perez.

Johnson scored a 67 to go with his opening round 69 to set the early clubhouse target of six under. His four under round consisted of birdies the third, fourth, sixth, 14th and 18th while dropping a shot on the opening hole.

Kisner, the first round leader, birdied the 13th and 14th to reach eight under. A double-bogey six on the 18th gave him a one under 70 to go along with his opening round of 66 for his six under total.

Rory McIlroy sat a shot back on four under after firing a second 69 to share sixth with Matt Kuchar, Tony Finau and South Africans Zander Lombard and Erik van Rooyen.

After his round, 42-year-old co-leader Johnson said: “I don’t know who is managing the radar. It is irrelevant to me.

“Maybe I’m just overly conservative and boring and that’s perfectly fine. I just like to compete. It doesn’t matter where it is, what it is. Just give me an opportunity.”

Kisner was pleased to have put himself in contention after his double-bogey six on the 18th.

“I got off to the start I wanted to, a couple under through seven,” said Kisner. “Got a little greedy on the eighth, made bogey.

“Got it to where I wanted to be and obviously made double on the last hole. Didn’t think I would hit that in the burn with an eight-iron but just didn’t come out the way I saw it.

“Hit a lot of great putts coming down the stretch. Probably could have made two or three more, but they all lipped out. I love where my putter is and love my position going into the weekend.”

It was ‘Carnoustie carnage’ for the world’s top two ranked players, Dustin Johnson and Justin Thomas as they both missed the cut.