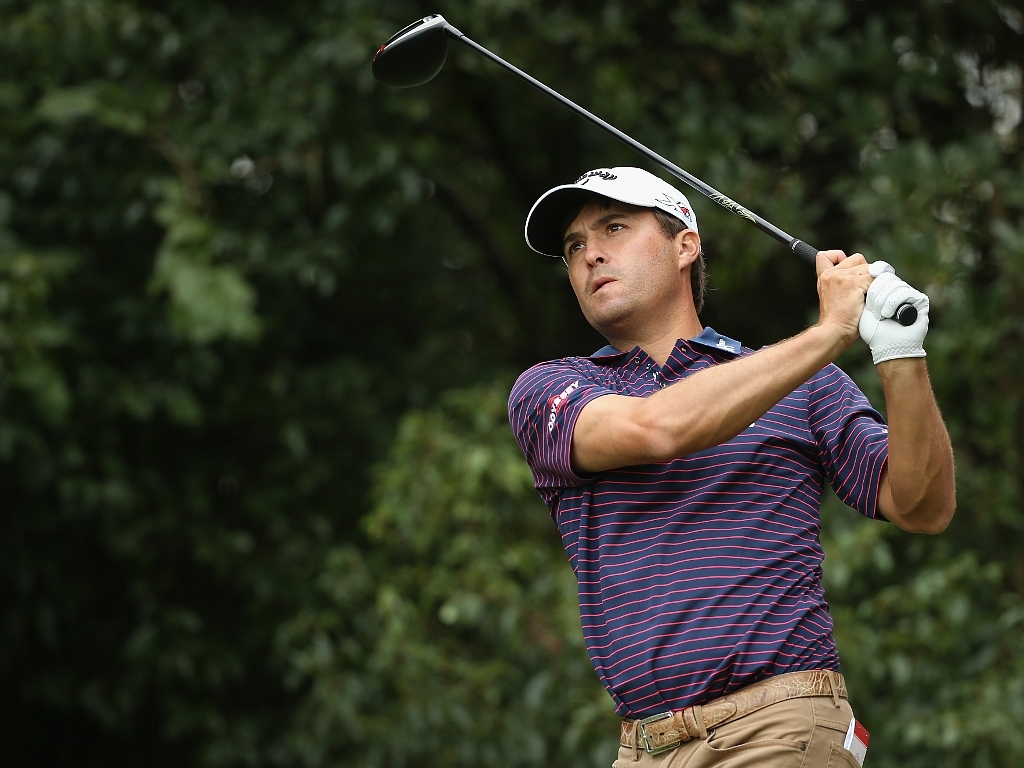 American Kevin Kisner fired a six-under-par 66 to climb to the summit of the WGC-HSBC Champions event in Shanghai on Friday.

Kisner stayed bogey-free throughout the second round, carding four birdies on the front nine and two over the final three holes to take his total to 14-under after firing a eight-under 64 in Thursday’s first round.

The American had a back injury ahead of the event and was unable to put in a single practice hole at the Sheshan International Golf Course, but the lack of preparation doesn’t seem to have hampered him.

"It's not like an injury where it's going to get worse," he told the European Tour website.

"It's just dealing with the pain, and it's gotten better every day, so hopefully this weekend it will be perfect."

Kisner currently leads by two shots, with Scotland’s Russell Knox in second after also staying bogey-free and shooting seven birdies to add a seven-under 65 to his first round 67.

First round leader Branden Grace has slipped to third on the leaderboard, after failing to reach the bar he set with a nine-under 63 on Thursday. Grace shot a one-under 71 and is currently on 10-under.

“It's beyond my expectations. I had no expectations coming in so it's been good. I'm making a lot of putts and that's fun keeping the round going when I miss a green,” Kisner said of his second round performance.

"I made a couple of long putts for par today to keep the no bogey streak going. I'm sure I'll run into some problems sooner or later. I just hope I can keep holing those putts for par and keep the pedal down.”