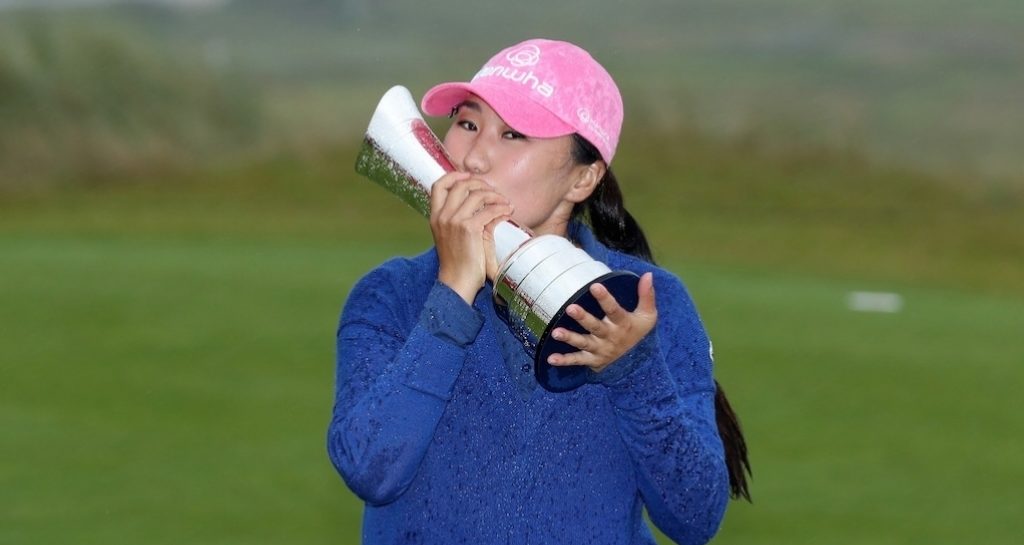 In-Kyung Kim held her nerve and was ruthless on Sunday as she claimed a first major title by winning the Women's British Open.

South Korea’s Kim took a six-shot lead into the final round but a course record-equalling 64 from England's Jodi Ewart Shadoff took her to within two shots of the summit.

However, Kim maintained her composure and posted a workmanlike 71 to win by two clear shots.

She mastered all the elements, @SWEET_IKKIM is the 2017 Ricoh Women's British Open Champion! #RWBO pic.twitter.com/eVLZhh8qUK

She was extremely patient on Sunday, her 71 contained only two birdies, one bogey and 15 pars.

The victory will be especially welcomed after Kim missed a one-foot putt to win the Ana Inspiration five years ago.

“I feel quite uplifted, I have to say because I really didn’t expect to win this week. And having the lead and then going into the last round, was a great task,” said Kim. “I think I managed it quite well.”

Five years ago, Kim missed a one-foot putt on the 72nd hole to win the ANA Inspiration for what would have been her first major victory. Its taken a long time for her to right that wrong, but the weight has been worth it.

“I think we judge ourselves a lot, everybody does. But for our own self, I think sometimes you’ve got to have some self-compassion and we can make some mistakes. But I hope that mistake will make a more positive impact in life instead of dwelling on it, on the past. If you think about it, I think present moment is more special.”