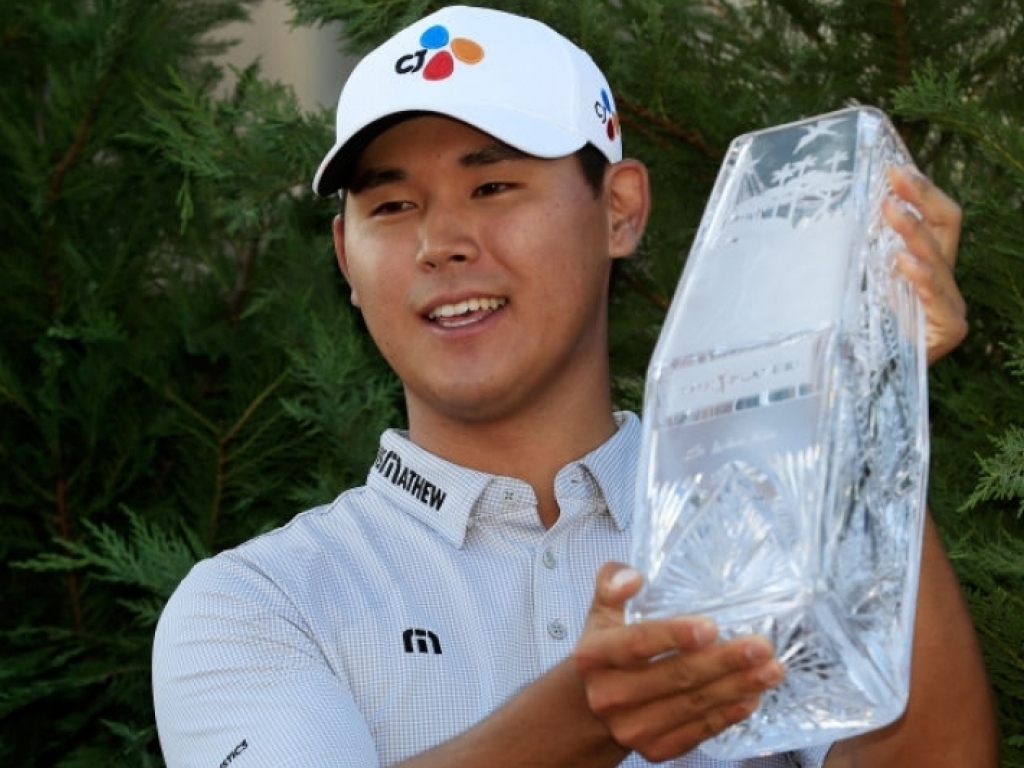 South Korea’s Kim Si Woo produced a bogey-free final round at Sawgrass on Sunday to become the youngest champion at the Players Championship.

Kim, 21, shot a three-under-par 69 to finish at 10-under par and beat Adam Scott’s record as the youngest ever winner.

Ian Poulter, who almost lost his tour card a few weeks ago, finished three shots behind Kim in a tie for second with South Africa’s Louis Oosthuizen.

Spain’s Rafa Cabrera Bello and third-round joint leader Kyle Stanley of the US finished tied for fourth on six-under par.

With a win at last year’s Wyndham Championship, Kim becomes only the fourth player in the last 25 years to win twice on the PGA Tour before his 22nd birthday, alongside Tiger Woods, Sergio Garcia and Jordan Spieth.

Kim started the final round two shots off the pace set by 54-hole leaders JB Holmes and Kyle Stanley while Poulter, chasing a first win since 2012, was one shot further back.

Kim, avoided the potential disasters on a difficult Sawgrass course with a bogey-free round of 69. The Korean was the only player in the top-10 to go bogey free, while the final group pairing of JB Holmes and Kyle Stanley shot a combined 13-over par to plummet down the leaderboard.

Kim was three-under through his first nine holes, while Poulter got to within within a shot of Kim with seven holes to play, but dropped shots at the 12th and 18th put paid to his hopes.

Apparently not feeling the pressure, Kim navigated the perilous 17th with its island green and the water down the right side of the 18th without any trouble to secure his second career PGA Tour victory and announce his arrival as one of the PGA Tour’s best young players.