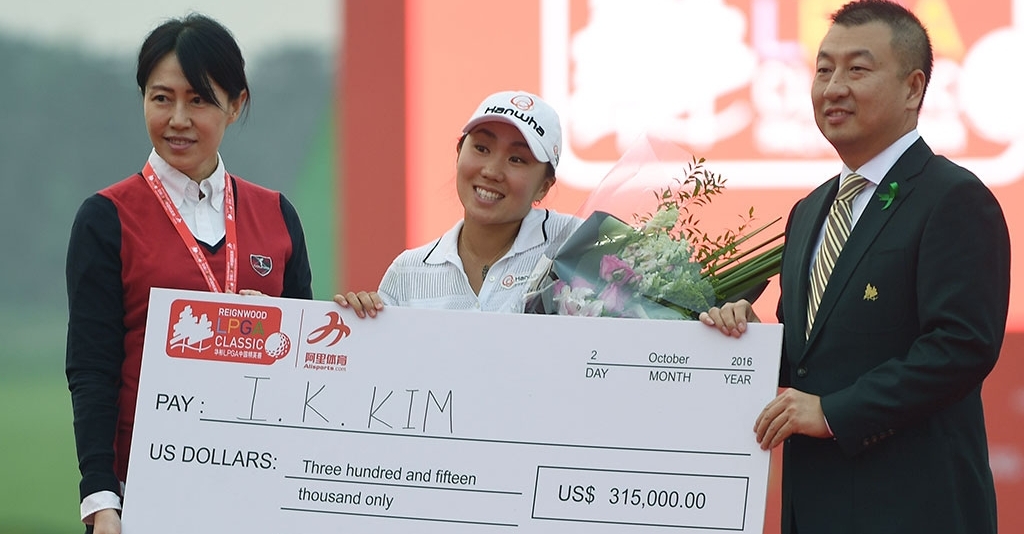 Korea Republic's In-Kyung Kim won the Reignwood LPGA Classic on Sunday after firing a final round 66 to finish on 24-under-par for a total of 269, one shot ahead of countryman and third-round leader Mi Jung Hur.

In third place was another Korean, Mirim Lee, who finished on 22 under.

Hur missed a chance to force a playoff when her eagle chip from the back fringe went a foot right on the 18th.

China's Shanshan Feng fired a 69 for a tie of fourth place with Canada's Brooke Henderson (71) at 21 under.

Ariya Jutanugarn shot a 65 to tie for sixth at 18 under to take the lead from Lydia Ko in the player of the year point’s race.

Kim is the sixth South Korean winner this season and the third-oldest winner behind Anna Nordqvist (29) and Brittany Lang (30).