Kim triumphs in the Bahamas 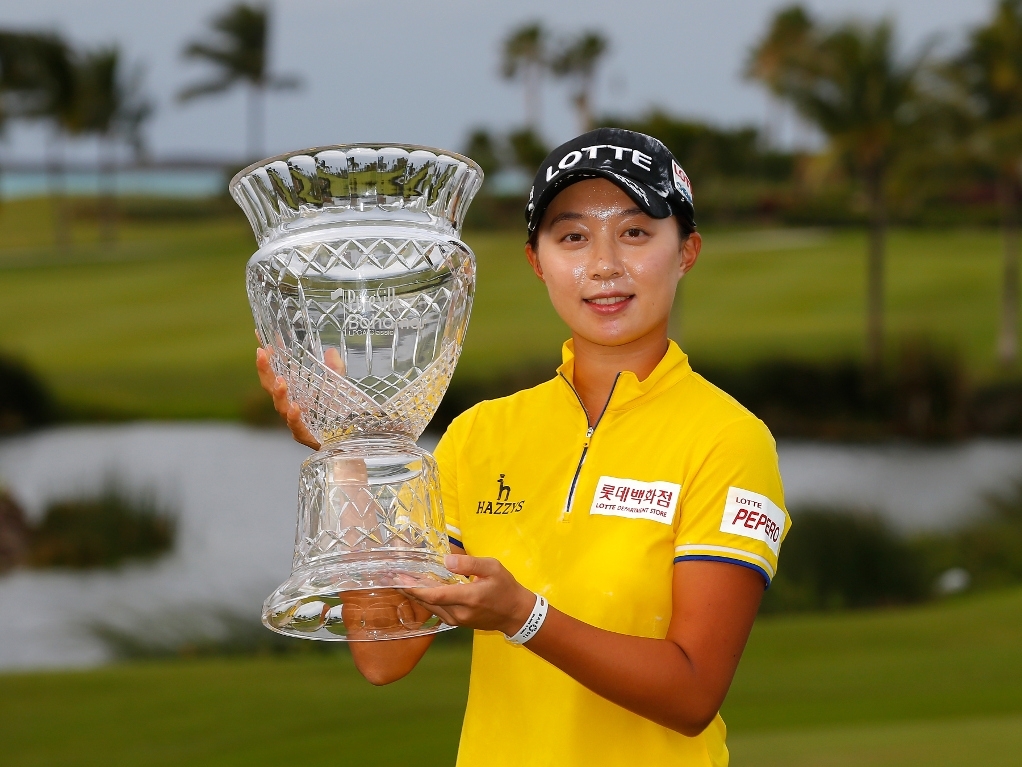 Stacy Lewis, Anna Nordqvist and defending champion Sei Young Kim were in a tie for second on 16-under, while Pornanong Phatlum, who matched the tournament record with an eight-under-par 65, Paula Cremer and Ilhee Lee finished three strokes adrift of Kim in a tie for fifth on 15-under.

Kim started the final round one shot behind Nordqvist and Charley Hull, but took the lead when she made four birdies on the front nine, including three in a row from the fourth to the sixth.

Kim maintained her lead with a hat-trick of birdies from the 12th to the 14th before her lead was cut down to just one when she bogeyed the 16th. However, she restored her two-stroke lead with a birdie at the next hole.

Lewis, who fired a five-under-par 68, was in contention throughout the day, but had to make an eagle on the final hole to force a playoff. That was not to be the case as Lewis could only make par on the 18th and had to settle for second place for the 22nd time in her career.

Meanwhile, Kim, the defending champion, hit a final-round 68, but ruined her chances of victory with a bogey and double bogey at the second and ninth respectively. Despite making four birdies on the back nine, it was too little too late for the 23-year-old.

Nordqvist, who registered a final-round 69, was unable maintain her position atop the leaderboard despite making five birdies and a bogey, while Hull finished in a tie for eighth after recording a 71, which consisted of four birdies and two bogeys.