Kim tames the elements at Kingsbarns 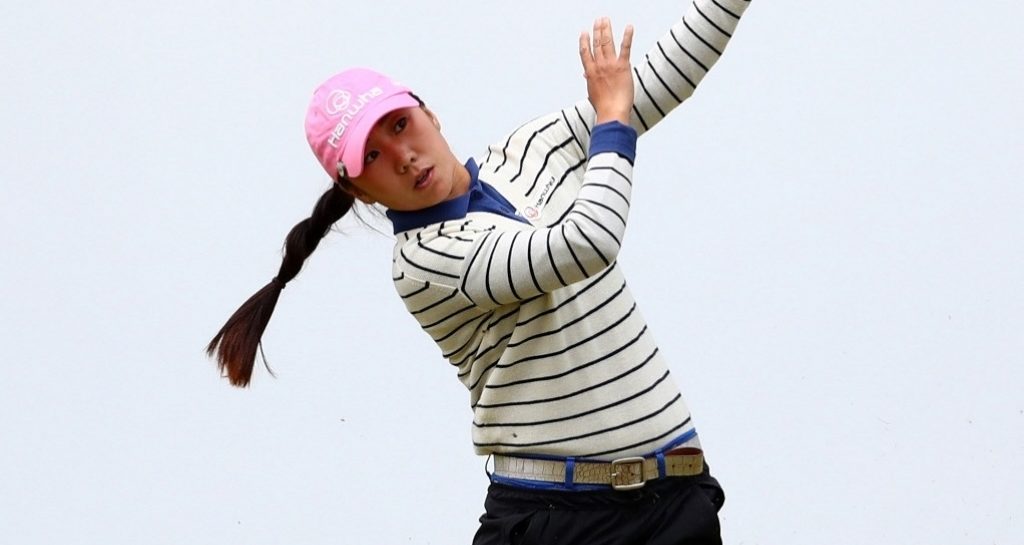 South Korea's In-Kyung Kim played through heavy rain to shoot an impressive 68 and take a two-stroke lead at the Ricoh Women’s British Open on Friday.

The 29-year-old escaped with just one bogey in the brutal late afternoon conditions, adding three birdies and an eagle in an impressive four-under-par second round to take her total to 11 under for the tournament.

She admitted her eagle at the 11th was 'unexpected', after her drive ran downhill and her second shot from 206 yards left her with a 20-footer – which she drained.

Her birdie at the 17th as it was bucketing down to extend her lead was every bit as impressive.

We caught up with a soaking wet @SWEET_IKKIM after she shot a 4-under 68 in tough conditions to lead going into the weekend @RICOHWomensBrit pic.twitter.com/8VONYBJkjS

“I really didn’t know what I was shooting. I just wanted to play in my own time, because it was really hard, especially on the last three or four holes when it was pouring down. I just had to move forward,” she said.

Kim has already won twice on the LPGA Tour this year, including at last month's Marathon Classic, but isn't sure why she's playing so well at the moment.

“I wish I knew the reason,” she said. “It’s just consistent shot making, I think. I’ve been hitting the ball very well and then starting to make some putts. That’s when I shoot low scores.”

Kim lies two shots clear of American Lexi Thompson and England's Georgia Hall, who were among the lucky early starters who enjoyed the best of the day's conditions.

Thompson made two bogeys on the front nine, but got seriously hot on the back, adding five birdies in a row from the 10th, before picking up another shot at the 17th for a 68.

Hall mixed seven birdies and two bogeys in her five-under-par 67 – which was equal to the lowest round of the day.

The duo lie one shot clear of Ally McDonald, with Mo Martin, Ha Na Jang, Chella Choi and Jodi Ewart Shadoff following in a tie for fifth on seven under.

After a Friday with wind, rain & shine here's the leaderboard heading into the weekend 🌬🌧☀️ #MasterTheElements pic.twitter.com/oQdrw7gXxn

Thai duo Thidapa Suwannapura and Moriya Jutanugarn are among those on six under.

Overnight leader Michelle Wie had a tough day, shooting a four-over-par 76 that dropped her down into a tie for 21st on four under, seven shots off the pace.

Among those to miss the cut were Ariya Jutanugarn, Suzann Pettersen, Ai Miyazato, Karrie Webb and Aditi Ashok.