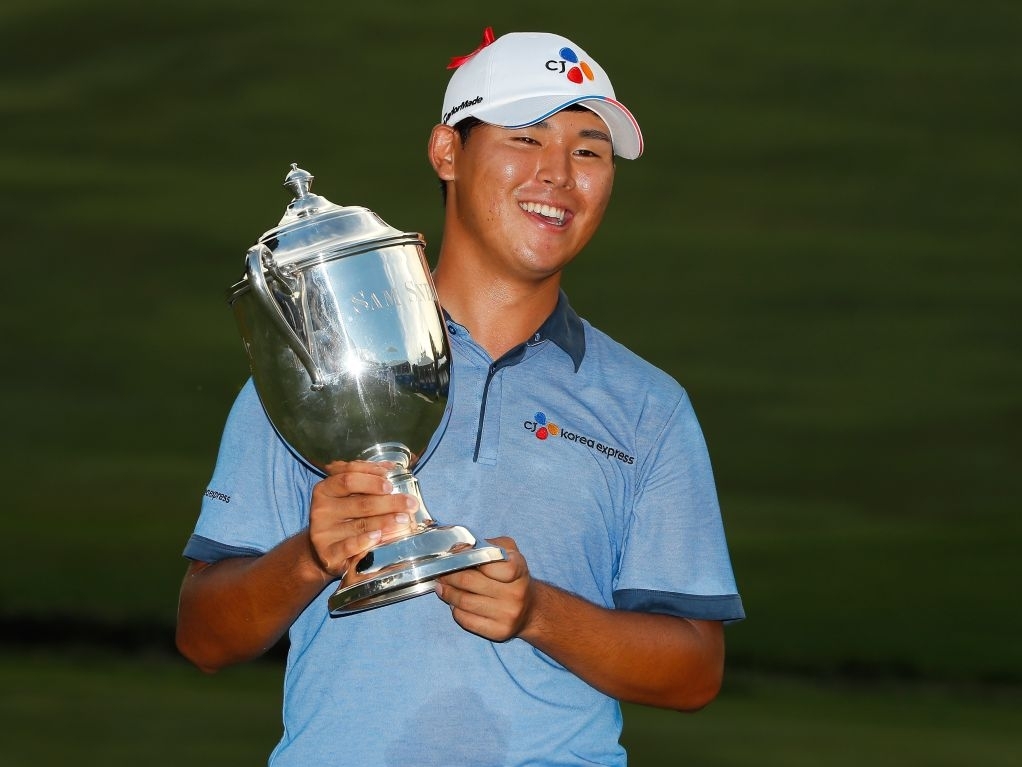 Si Woo Kim has claimed his first PGA Tour title with a comfortable five-stroke victory at the Wyndham Championship.

The South Korean held a four-shot lead going into the final round and xlosed with a three under 67 on Sunday to finish on 21 under at the Sedgefield Country Club.

His final score tied the tournament 72-hole record set by Carl Pettersson eight years ago and earned him $1,008,000 in prize money.

Luke Donald took second place on 16 under after a final round of 67, while Hideki Matsuyamaa and Brandt Snedeker completed the top four on 15 under.

Kim showed no sign of crumbling under pressure after his disappointing slip at the Barbasol Championship a month ago, landing a birdie on his first hole and further three on his front nine.

After making the turn, Kim did see his lead cut, but he bounced back with birdies at 15 and 18 to seal his first PGA Tour title.