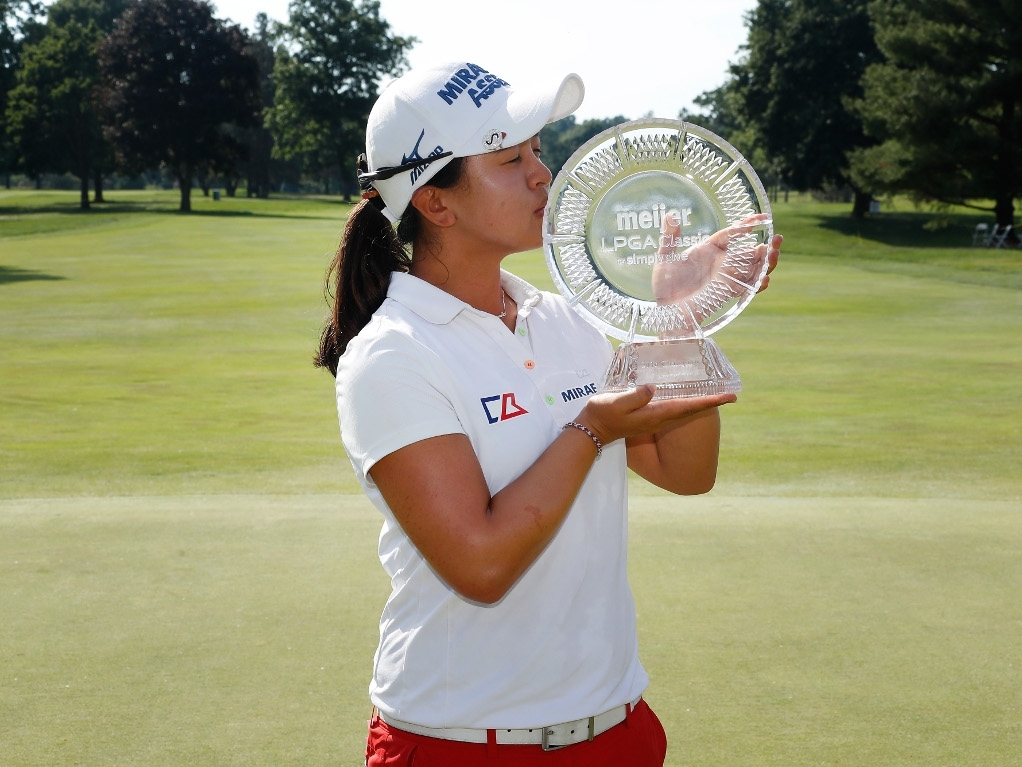 Sei Young Kim needed only one playoff hole to see off Carlota Ciganda and be crowned champion at the Meijer LPGA Classic.

Kim looked to be in trouble initially at the playoff hole at the 18th as she found the rough following her tee shot. Despite her disadvantageous position, the South Korean managed to get her approach shot just over three feet away from the cup, which she went on to convert to record a birdie.

Ciganda also landed her tee shot in the rough, but her approach shot went past the green. She ultimately finished with a bogey and Kim subsequently won her fifth LPGA Tour title.

Kim, who claimed her second title of the year after winning the JTBC Founders Cup in March, carded a three-under-par 68 in the final round and started  with a duo of birdies on the front nine. She went on to make two more birdies at the beginning of the back nine and seemed on track for an outright victory. That was not to be though as a bogey at the 18th set up a playoff between her and Ciganda.

Ciganda, whose search for a maiden LPGA Tour title still goes on, kicked off her round of 67 with a pair of birdies on the front nine. She mirrored her performance on the back nine, but a string of five pars from the 14th to 18th led to her having to battle Kim in a playoff.

Kim and Ciganda finished on 17-under and were followed by In Gee Chun, who ended the tournament on 15-under following a round of 71, which saw her make three birdies and three bogeys.

World number one Lydia Ko and defending champion Lexi Thompson finished in a tie for fourth on 14-under.

Ko concluded her tournament with a 68, which began with her making a lone birdie on the front nine before she went on to make two more on the back nine to complete a bogey-free round.

Thompson, on the other hand, registered just one birdie on the front nine and two bogeys on the back nine to end her campaign with a one-over-par 72.