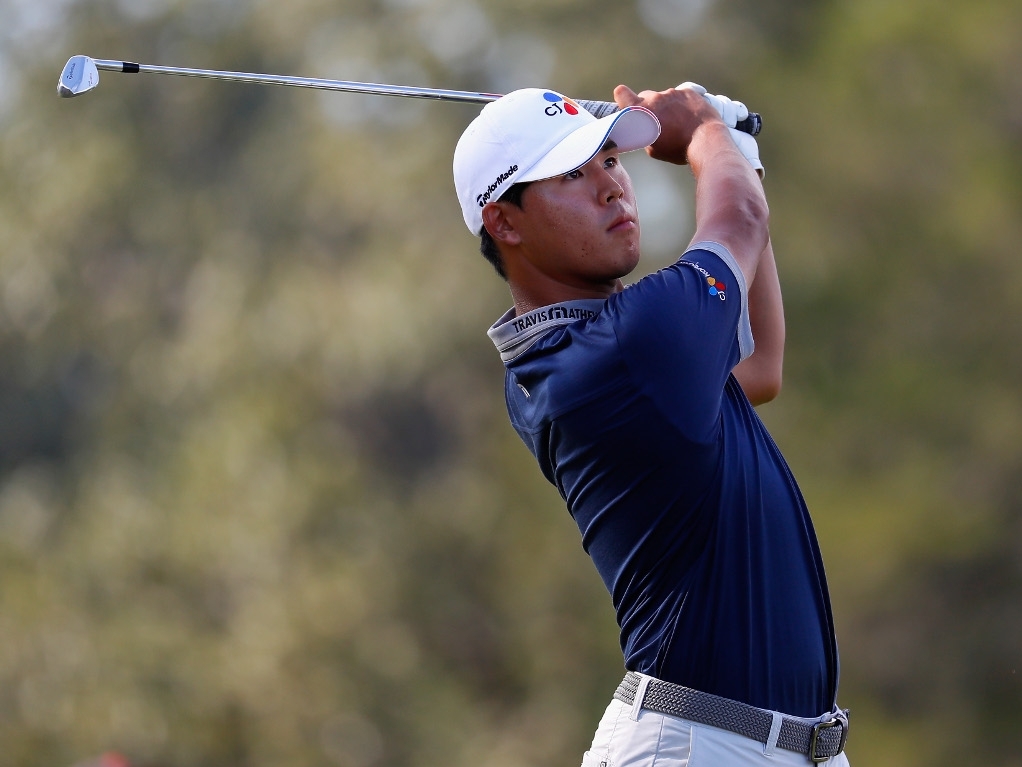 Si-woo Kim will take a four stroke lead into the final round of the Wyndham Championship.

The South Korean followed up his red-hot round of 60 on Friday with a six-under-par 64 on Saturday to move to 18 under, four shots clear of Rafa Cabrera Bello. Luke Donald, Jim Furyk, and Kevin Na are a further shot back on 13 under.

The 21-year-old Kim notched up seven birdies and a lone bogey on Saturday as he goes in search of his first PGA Tour title.

Cabrera Bello too is looking for his maiden win on Tour and the Spaniard, who led after the opening round, remained in contention with a 65. The 32-year-old was left to rue a double-bogey five at the par-three seventh.

Furyk, who shot the first 58 in PGA Tour history at the Travelers Championship two weeks ago, fired a three-under 67 to move to 13 under. The American was briefly in a tie for second after holing a 62-foot eagle putt at the 15th hole but he bogeyed the 17th and 18th to drop down the field.

A double-bogey at 18 proved costly for Na after four birdies in a row to close the back nine had propelled him up the leaderboard.

Donald notched up a bogey-free round of 64 to climb up four places and into a share of third.

Peter Maltini followed in Donald's footsteps by grabbing a hole-in-one at the 16th.