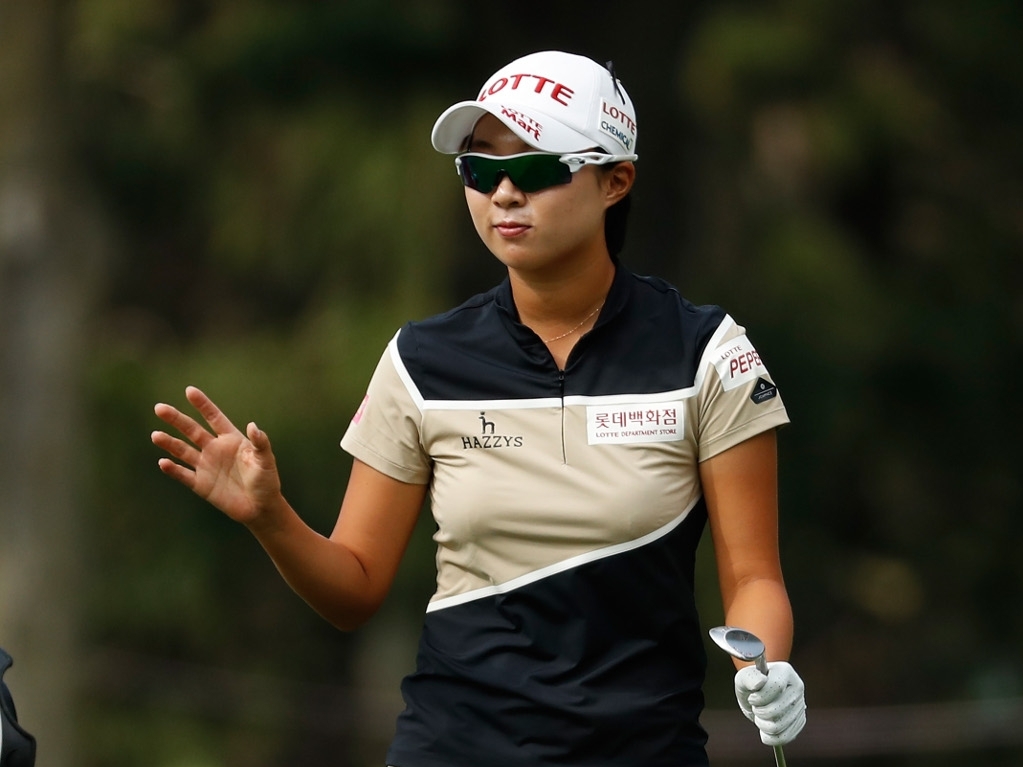 Hyo Joo Kim fired a bogey-free round of 64 to take the 54-hole lead at the Marathon Classic in Ohio.

Kim had begun the day level with Lydia Ko, but the world number one couldn't keep up with the pace at the top as Kim moved to 15 under, three clear of the chasing pack.

Ko and Alison Lee lead the list of challengers on 12 under, with Thailand's Ariya Jutanugarn and Stacey Lewis a further shot back.

Kim had a red-hot putter to thank for her round of seven-under-par, with the South Korean notching up seven birdies on the day, including four in a row from the seventh to the tenth.

Like Kim, Ko went without a bogey over her third round of 67. The three-time winner this season closed out her back nine with three consecutive birdies, but could only pick up a further shot on the back nine.

A late charge on the back nine propelled Lee into a share of second after a five-under-par 66. The American, who has been struggling with a shoulder injury, registered three birdies in the last four holes to jump up the leaderboard.

Lewis made sure she would be in with a shot at claiming the silverware, with her round of 65 seeing her move up to 11 under. The American took the turn in a highly impressive 30, but couldn't continue her hot streak on the closing nine, notching up just two further birdies.

Jutanugarn, who is looking for her fourth win of the year, carded a third-round 67. The 20-year-old brushed off the disappointment of a bogey at the first to add six birdies to her card, including three on the trot over the closing holes.