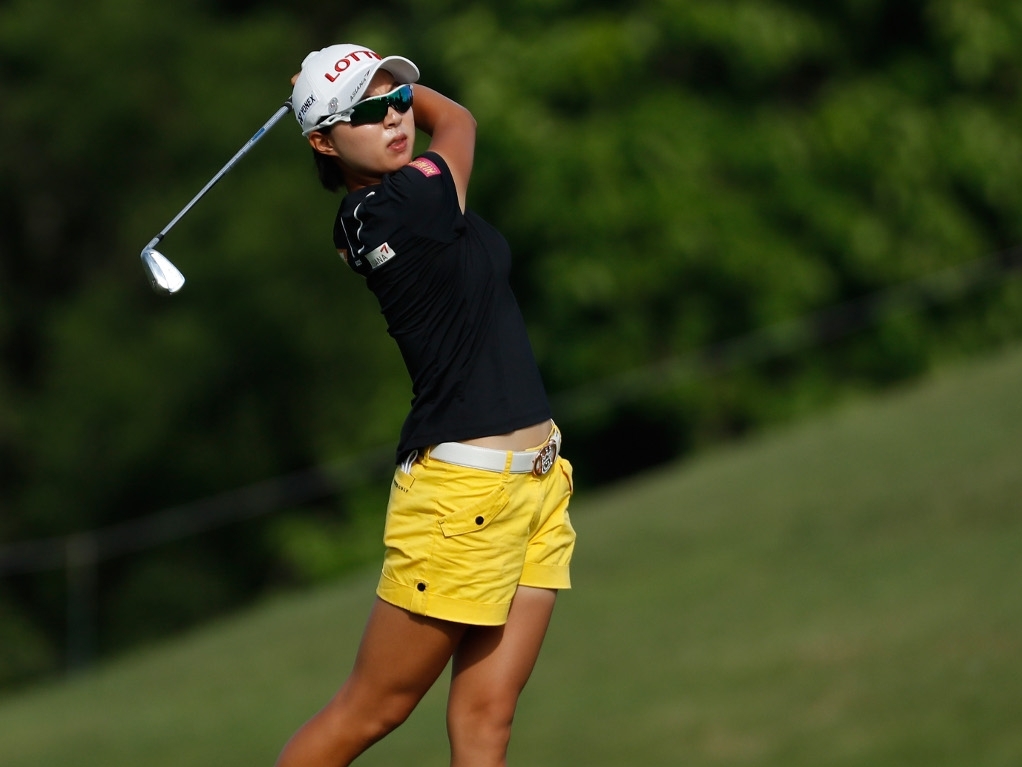 Hyo Joo Kim, Mirim Lee and Haru Nomura all carded five-under-par 66s to take a one-shot lead at the Marathon Classic on Thursday.

They are followed by Thailand’s Ariya Jutanugarn, Kelly Shon and Celine Herbin, who fired four-under-par 67s.

World number one Lydia Ko and world number two Brooke Henderson are two strokes off the lead in a tie for seventh, while defending champion Chella Choi is in a tie for 60th after registering a one-over-par 72.

Kim, who won the Pure Silk-Bahamas LPGA Classic in January, began her round with a pair of birdies on her front nine. She continued to excel on her back nine as she made four birdies on her first seven holes, but a bogey at the ninth stopped her from taking the outright lead.

Lee, who finished in a tie for 11th at the U.S. Women’s Open, endured a turbulent front nine that consisted of three birdies and two bogeys. The South Korean turned her fortunes around on the back nine as she made four birdies to find herself in a share of the lead.

Nomura, who already has two victories – at the Women's Australian Open and Swinging Skirts LPGA Classic – to her name this year, kicked off her round with four consecutive birdies from the 11th to 14th before following it up with a bogey at the 16th. The 23-year-old made another bogey at the first to start her back nine, but she atoned for her mistake and put herself in a share of the lead with a hat-trick of birdies.

Jutanugarn put together a successful front nine that included four birdies, but she was unable to mirror her performance on her back nine where she made a birdie and a bogey.

Shon kept herself within touching distance of the leaders after making four birdies during her bogey-free round, while Herbin recorded five birdies and a bogey on Thursday.

Ko began her round of 68 with a bogey at the first, but quickly recovered to make two birdies at the fourth and sixth. The world number one went on to make two more birdies on the back nine, at the 17th and 18th.

Henderson, who is coming off a poor showing at the U.S. Women’s Open where she finished 64th, made three birdies and a bogey on her front nine. The Canadian maintained her momentum on her back nine as she made two birdies and a bogey.