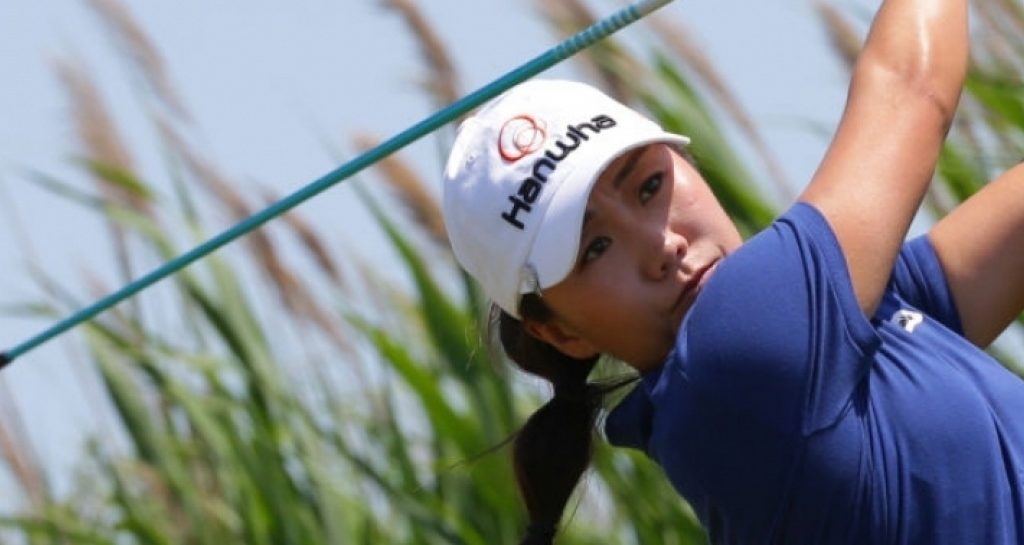 South Korea’s In-Kyung Kim held off the challenge of two-time defending champion Anna Nordqvist at the ShopRite Classic on Sunday to claim her fifth LPGA title.

Tied with Paula Creamer overnight on nine-under par after 36 holes, Kim fired a final round 69 for a total of 11 under and a two-stroke victory over Nordqvist.

The 28-year old Kim was making just her sixth start since returning from injury. It was her first victory since last season’s Reignwood LPGA Classic.

Kim becomes the seventh different South Korean winner on the tour this year in 13 starts.

No LPGA player has won more than once this year, with Nordqvist, who won in Arizona in March, coming up short in her attempt to change that.

Michelle Wie climbed up the field to finish in a tie for third place at seven under after shooting a six-birdie 65.

Also on seven under were Jenny Shin (69), Jacqui Concolino (70) and Jeong Eun Lee (71). Creamer had a disappointing final round, dropping five shots with a 74 that saw her slump to a tie for seventh at 6-under par.

The tournament also saw Thailand’s Ariya Jutanugarn take over the World No. 1 spot in the new rankings to be released on Monday despite not playing.

Jutanugarn replaced Lydia Ko at the top of the rankings after Korea’s So Yeon Ryu missed the cut. Ryu’s failure to finish solo third or better meant that Jutanugarn took over at the top.