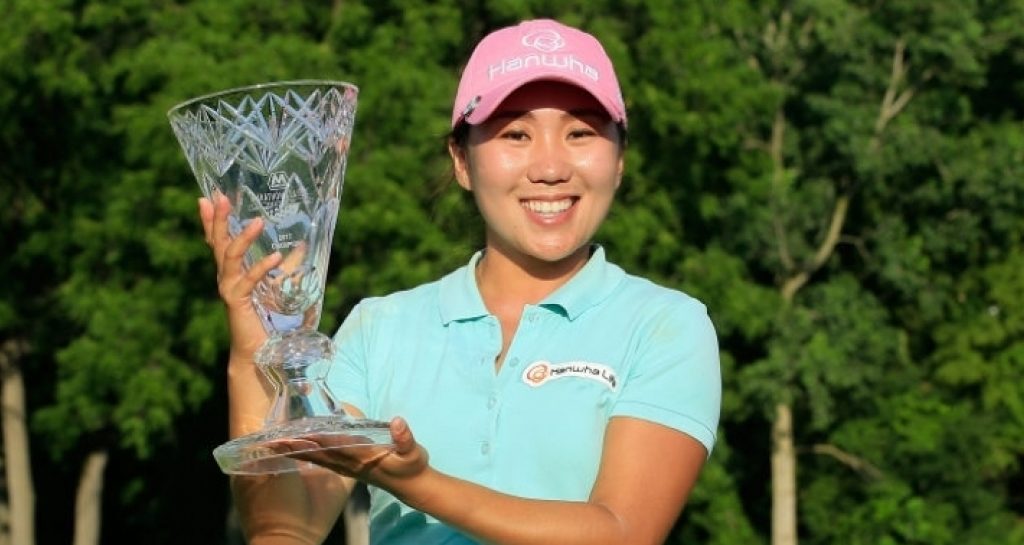 South Korea’s In-Kyung Kim shot a stunning final round to claim the Marathon Classic title on Sunday and become the second two-time winner on the LPGA Tour this season.

Two strokes behind overnight leader Nelly Korda entering the final round, Kim blitzed the front nine at Highland Meadows, birdieing six of the first nine holes to reach the turn in just 28 strokes.

Two more birdies on the way home saw her finish with an eight-under round of 63 for a total of 21-under par and a four-stroke victory over Lexi Thompson.

The win was Kim’s second in recent weeks after she also claimed the ShopRite LPGA Classic in June. She joins compatriot So Yeon Ryu as the only multiple winners on the tour this season.

Kim now has six LPGA wins in all.

Thompson closed with a 66 to finish solo second on 17 under par.

Last year’s champion Lydia Ko, who is winless since defeating Mirim Lee and Ariya Jutanugarn in a playoff here last year, finished in a tie for 20th place at nine under par.