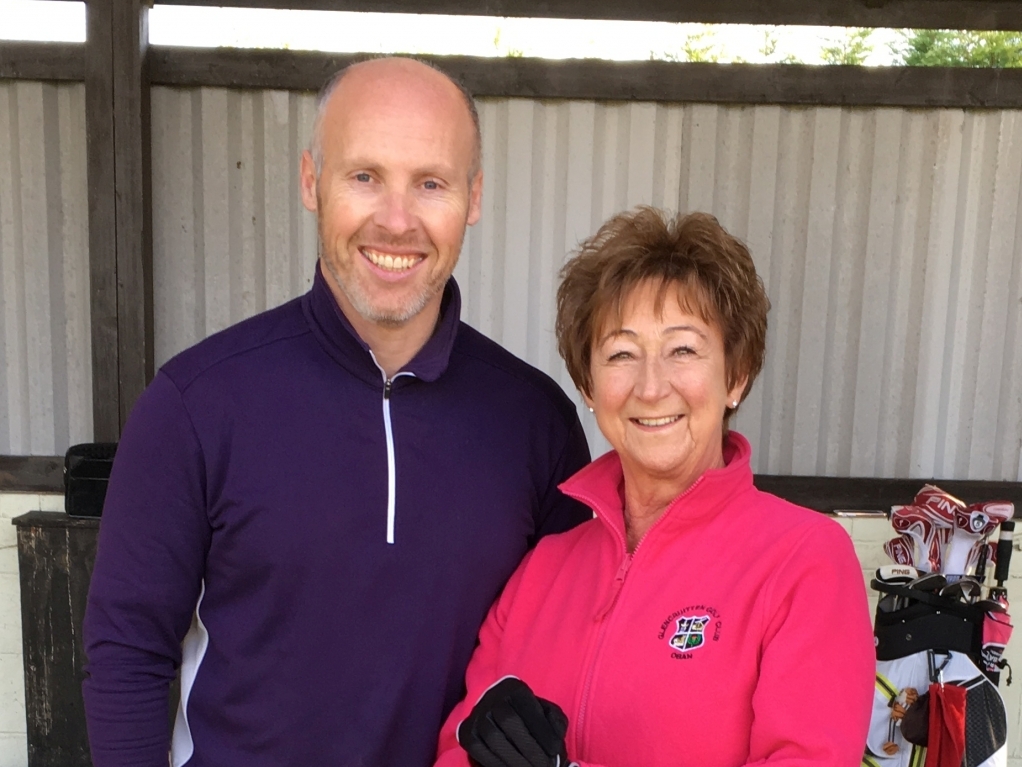 Reynolds, 63, a 25-handicapper from Grantham, who is coached at Belton Woods by head professional Iain Fulton, underwent a kidney transplant in 2012, with her husband, Richard, as the donor.

A member at Belton Woods for 15 years, she first discovered she had a kidney problem in 2003 and the organ deteriorated gradually until the need for a transplant became obvious nine years later.

She explained: "From my visits to the renal unit, I became aware of the British Transplant Games, which are held annually. This is an event in which anyone with any transplant can participate. We first went to Sheffield in 2013, and have gone every year since. I competed initially in the ladies' golf and archery, but now only in golf, and I have won four gold, two silvers and a bronze medal in golf over the four years.

"I also became aware of the World Transplant Games which are held once every two years. Last year they were held in Argentina and next year in Malaga, Spain. There is a selection process for these games which is much more competitive, but I am delighted to have made it through the process to be selected to represent Great Britain next June.

"As the professional of my club, I feel Iain is the ideal person to help me undertake regular fitness and golf training and get me into a place where I can compete to the best of my ability and, hopefully, to bring home a medal."

Meanwhile, another of Fulton's students, Keith Aiton, saw his handicap drop to seven as he won two events on the European Amateur Golf Tour, as Belton Woods celebrated a successful first full year of its QGolf Academy at the venue.

QHotels' group academy director, Mark Pearson, was understandably delighted with the results from the Belton Woods academy – and from the six other QGolf Academies across the country.

He said: "The successes we've seen at Belton Woods show that good coaching can have a positive effect on golfers regardless of age or handicap. And, for some, success may come in smaller packages, like clearing a pond for the first time, playing 18 holes for the first time, or breaking 100 for first time.

"But our academy coaches are there with them every step of the way, whether it's adjusting their set-up or merely high-fiving them when they come off the course after a pleasing round. QHotels has provided something for everybody with the range of available tuition programmes and packages and, as coaches, we're really enjoying working with and celebrating with our academy members."

Individuals can enjoy a range of packages designed to suit all abilities and budgets, with the latest state-of-the-art technology providing instant swing analysis and all individual lessons receiving online feedback and a development plan.

Free outreach to schools and open weekends, a structured learning programme for five to 16-year-olds in six modules and free membership are all included in the QGolf Academy FUEL golf junior tuition programme.

A range of attractive benefits are also available in the academy's StartGolf beginner teaching packages including free introductory sessions, low-cost group tuition and membership offers, while its BetterGolf group tuition sessions offer complimentary game assessment to members in addition to a variety of learning golf seminars and specialist clinics.

Part of the QHotels group, Belton Woods features 45 holes of golf over three challenging and picturesque courses, including the Championship Lakes course – home of the oldest PGA tournament in the world, the Midlands PGA Championships. With its long holes, thin fairways and, as the name suggests, plenty of water hazards, this is a challenging course for any golfer.

The picturesque Woodside course has gentle undulating fairways, which makes local knowledge the key to a low score. The course runs alongside many of the wooded areas surrounding the resort and has a number of pot bunkers to catch out the unwary.