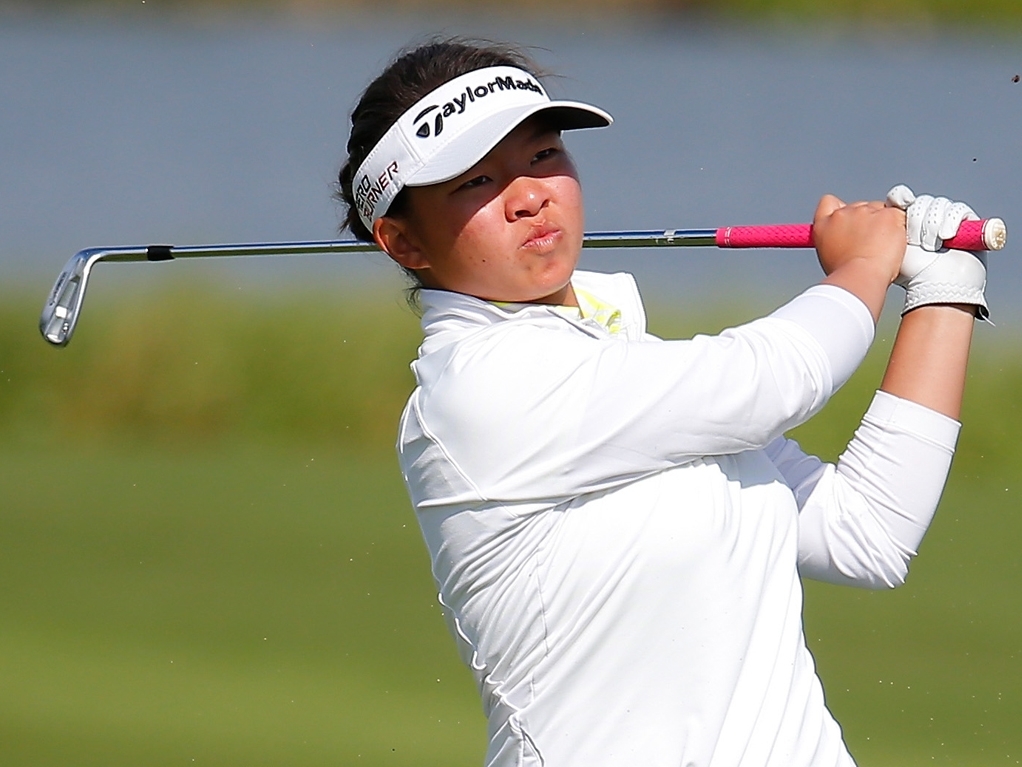 Megan Khang took a share of the LPGA Classic lead on Friday in her first event as a Tour member.

The 18-year-old eagled the fourth and found another four birdies en route to a 5-under 68 in difficult windy conditions in the Bahamas.

She now shares a half-way lead with Charley Hull and Haru Nomura at 8-under at the top of the leaderboard.

However, it was not a good day for Michelle Wie, who missed the cut by a single stroke after being stung by a bee on the hand during the opening day.