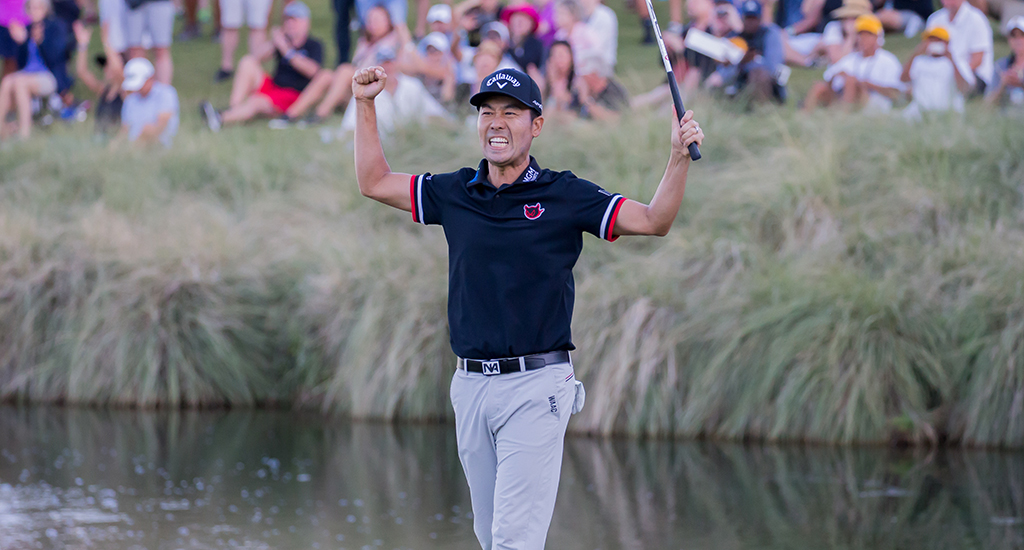 Kevin Na triumphed in a play-off against Patrick Cantlay to claim the Shriners Hospitals for Children Open in Las Vegas.

Na and Cantlay – tied on 23 under at the end of the final day – both birdied the first additional hole, meaning they had to play the 18th for a third time.

Back on the green, Cantlay left his putt for a birdie well short, while Na’s shot went past the hole.

Cantlay – winner of this tournament two years ago and runner-up last time around – then missed a five-foot putt, but Na made no mistake to make par and win the tournament for a second time.

For Na, it was a hometown win. Though born in South Korea and raised in southern California from the age of eight, he now know lives in Las Vegas.

Pat Perez finished two shots behind the play-off pair, while defending champion Bryson DeChambeau was another stroke further back.

England’s Ben Taylor finished joint 29th on 14 under, while Scotland’s Martin Laird and Russell Knox were in a tie for 48th.