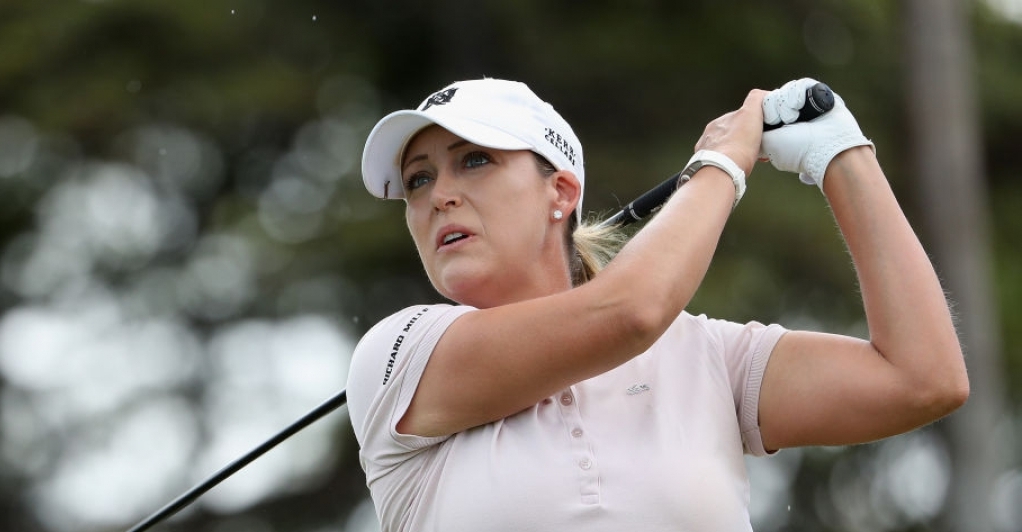 Cristie Kerr won her 19th title on Saturday at the LPGA Lotte Championship after shooting a six-birdie round of 66 to earn a three-stroke victory.

Kerr, who broke the tournament record with her 20-under par total a day after shooting a course record 62 at the Ko Olina club in Kapolei, Hawaii, claimed the US$300,000 top prize and her first LPGA title for two years

The veteran American, 39, started the day three shots behind second and third round leader South Korean Su-Yeon Jang, but Jang faded out of contention to finish in a three-way tie for second place after an even par round of 72.

Joining Jang on 17-under was world number one Lydia Ko, who finished with a 64 and In Gee Chun, who shot a 67.

Canada’s Alena Sharp, still looking for her first LPGA Tour after 241 starts, bogeyed the 18th hole for a 70 to finish alone in fifth place at 16 under, a shot ahead of second-ranked So Yeon Ryu of South Korea (67).

Thailand’s third-ranked player Ariya Jutanugarn hit five birdies and two bogeys for a 69 to finish at 14-under par along with Stacy Lewis, who shot a 66.