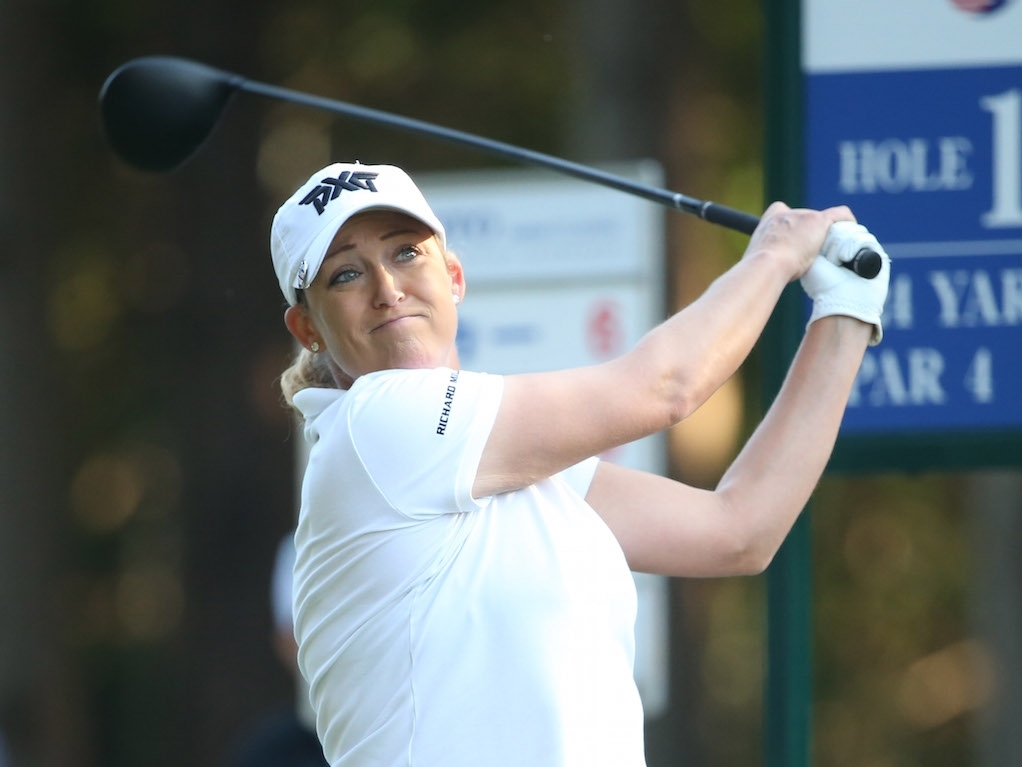 Cristie Kerr soared to a course record ten under 62 to put her into contention at the Lotte Championship on Friday.

After three birdies on the front nine, the American set the closing nine alight with seven birdies – including four consecutive gains on the final our holes – to surge up the leaderboard and set a new course record at Ko Olina.

"Everybody says about being in the zone but I just kind of stayed out of my own way, which is what I have to do to have a chance tomorrow," quipped the 39-year-old after the sizzling third round.

"I hit it fine. I stayed out of my own way and I had a good time with my caddy, Brady. It was a lot of fun today.

"Tomorrow I am going to try not to put too much pressure on myself. I'm just going to play my game, because inevitability I'm going to try to shoot as low as I can. If I play better than everybody else, then I'll have the lead at the end of the tournament."

And the secret to scoring low? Kerr reveals she just took one shot at a time and kept her eye off the scoreboard.

"I stayed in the moment, and not dwell on the score too much," added the veteran.

"If you do a lot of little things right, the score will take care of itself."

Kerr's round saw her move to 1 under, tied for second and three shots behind leader Su-Yeon Jang.