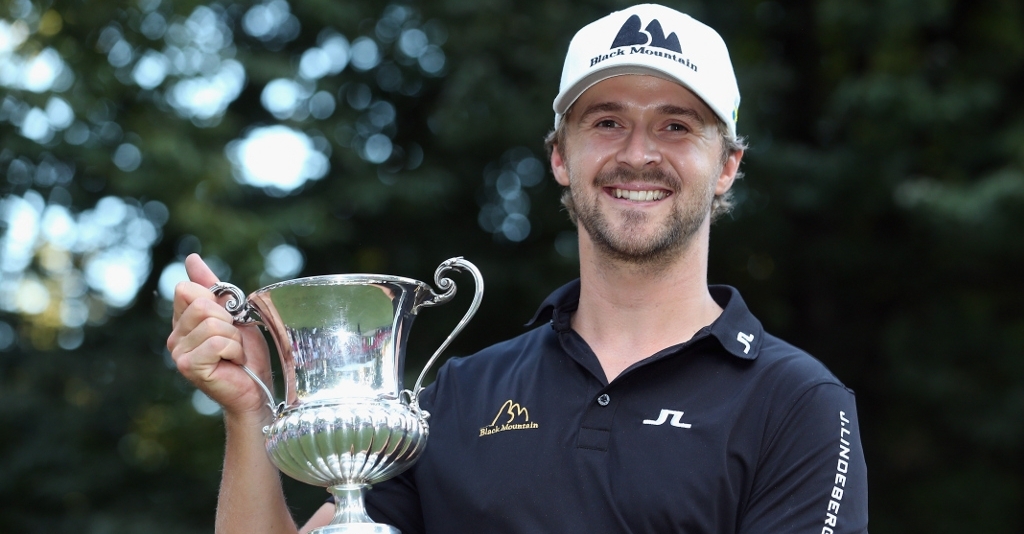 Rikard Karlberg defeated Martin Kaymer on the second hole of a playoff to win the Italian Open on Sunday.

The Swede would shoot up the congested leaderboard at Golf Club Milano with three birdies in his last five holes. That would be enough to card a five under 67, leaving him on 19 under for the tournament.

Meanwhile, Kaymer had a disastrous back nine that included three bogeys, which saw his three stroke lead evaporate. The German rallied for a one more gain on the 16th to draw level with Karlberg, forcing a playoff.

Both players would tap in for pars on the first trip down the 18th, so it was back to the final tee for the pair.

Karlberg's drive would end up in the rough on the left while Kaymer nailed his approach shot to within 15 feet, putting huge pressure on the 28-year-old. However, Karlberg stepped up to the occasion and flew his approach shot over the trees to put it ten feet from the pin.

After Kaymer missed his birdie attempt, Karlberg rolled in the most memorable putt of his career, as at it earned him his maiden European Tour win.

"I told my caddy on the last five holes that we probably needed five birdies to have a chance and two was enough to get in a playoff and get my first win and to do it against Kaymer it feels unbelievable.

"I just tried to hit the fairway which I wasn't even close to doing and just seeing him splitting the fairway felt, 'okay, I'm not going to win on his mistake, I need to do a birdie.

"I had a perfect yardage on the last shot there and a good lie, thankfully. It was a little bit lucky but I hit it great. It felt nice."

World number 26 Danny Willet and David Lipsky were two of seven players sitting on 18 under for the event, while Romain Wattel of France finished on his own in tenth.