Kang misses out on 59, but not lead 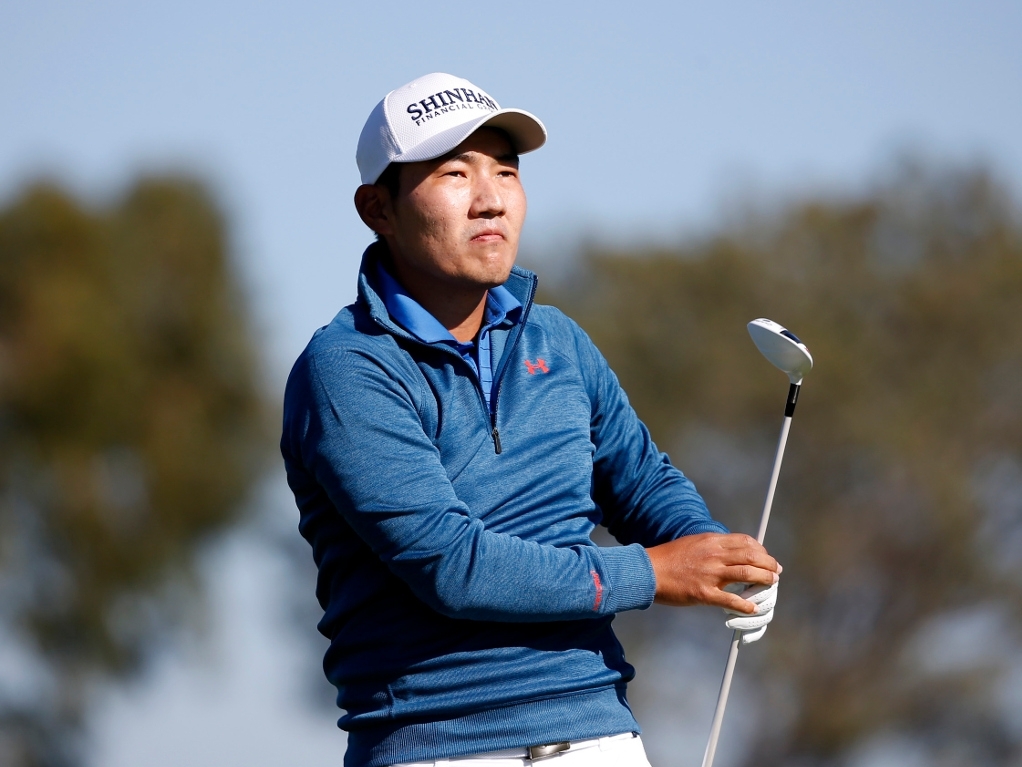 Sung Kang fell one shot short of a sub-60 round, but did grab a share of the lead at the Pebble Beach Pro-Am.

The South Korean needed a birdie at his final hole to shoot a 59, but could only manage a par at par-three ninth hole to finish off a round of 11-under 60 at the Monterey Peninsula Country Club.

Kang is joined at the top of the leaderboard by Hiroshi Iwata of Japan, with Phil Mickelson, Freddie Jacobson, and overnight leader Chez Reavie a shot back. Justin Rose is two off the pace on nine-under.

The 27-year-old Kang notched up nine birdies and an eagle-three at the par-five 16th to storm 81 places up the leaderboard. Needing a two at the ninth hole to register a 59, Kang hit what he called his "worst shot of the day" to miss the green. He would get up and down to save par.

Iwata, who was playing at Pebble Beach, looked in line for a similarly low score after taking the turn in 30, but bogeys at the 11th and 14th slowed his pace and he had to settle for a 66.

Mickelson moved into contention with a 66 at Monterrey Peninsula, but could have had a share of the lead if it was not for a bogey at the last. Four birdies over the first five holes saw Lefty makes his move, and an eagle at the 10th put the American in contention to break 60. However, a bogey at the 12th set him back and he was unable to get on a run on the closing holes.

Jacobson (69) and Reavie (70) sit alongside Mickelson after solid rounds on Friday.

Like Mickelson, Rose will be cursing a late blemish, with the Englishman bogeying the eighth – his penultimate hole – with what was his lone bogey in a round of 69.

World number three Jason Day enjoyed a better time of it at Monterey Peninsula, posting a 66 which saw him climb to six-under, five shots off the pace.

Jordan Spieth, who was also playing at Monterey Peninsula, struggled to get going for the second day in a row, with the world number one posting a 69 that sees him move to three-under.