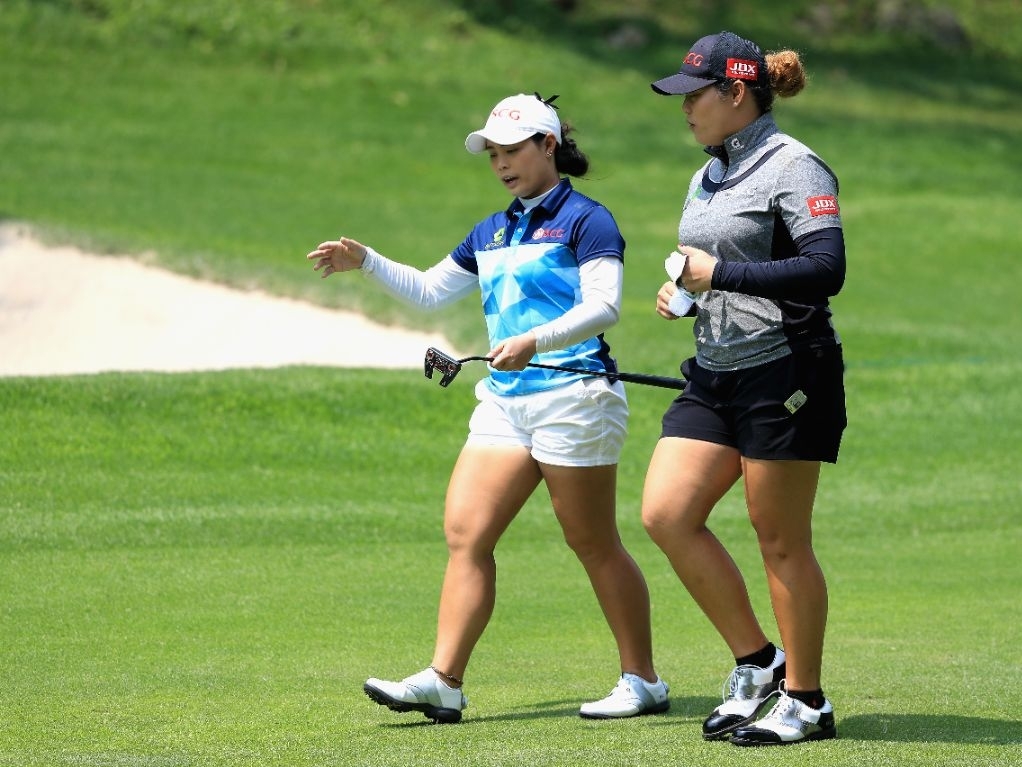 Ariya Jutanugarn triumphed in the sister showdown at the Lorena Ochoa Match Play as she advanced to the third round of the competition.

Ariya didn’t trail at any point against Moriya, and will now face Pernilla Lindberg in the round of 16.

“Today we had fun because we are sisters – and we always have fun,” Ariya said.

“She plays so good. I can’t believe I beat her today because she’s so good.”

Lydia Ko also progressed after a one hole win over Jennifer Song – guaranteeing that she will stay as world number one. She will face Mi Jung Hur next up.

Wie’s round included an eagle on the par five second for the second successive round, and a 20-foot birdie putt on the 11th.

“I’m happy with how I played,” said Wie.

“It was a fun but tough match. I am happy the way I’m playing, and just happy to survive.”

Wie will take on friend Marina Alex next, while Kerr faces Cydney Clanton.