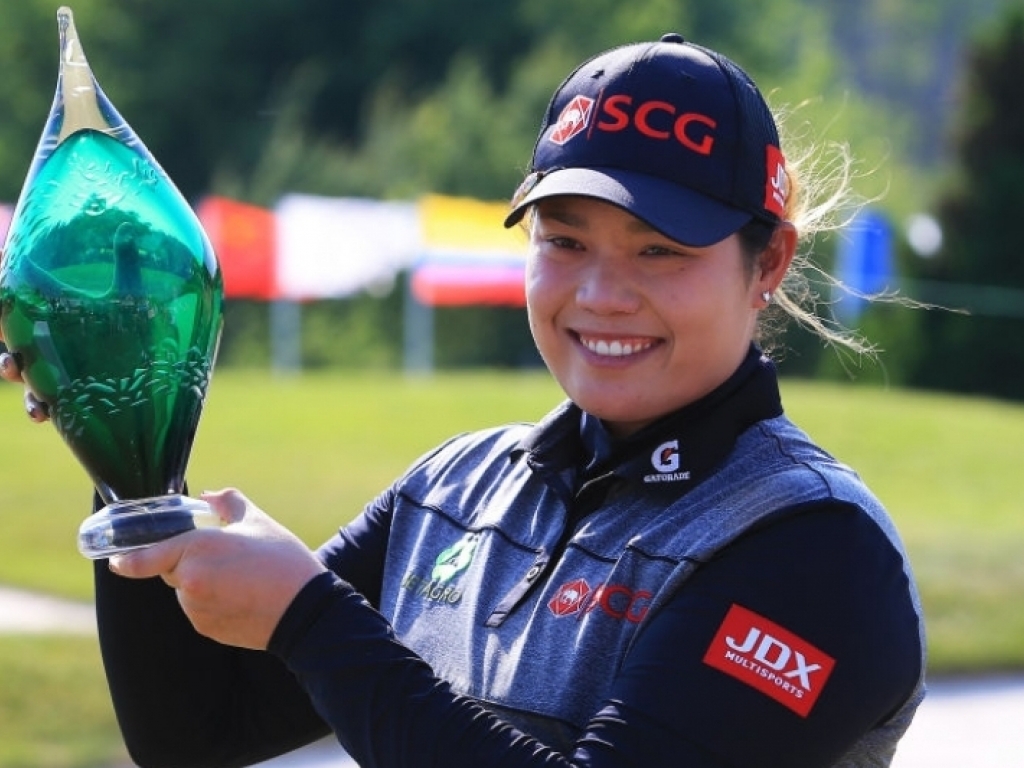 Ariya Jutanugarn guaranteed her ascent to world number one on Sunday, holing out from 25 feet on the first play-off hole to win the Manulife LPGA Classic.

The win at Whistle Bear Golf Club in Cambridge, Ontario, came after a dramatic collapse by Lexi Thompson, who threw away a four-shot lead on the back nine to finish in a three-way tie with Jutanugarn and South Korea’s Chun In-Gee.

Jutanugarn, who hit her tee shot into the rough, then made a fabulous recovery to drain a birdie putt at the first extra hole for the win and cap a rollercoaster seven days for the 21-year old Thai star, who had been wrongly informed last week by the LPGA that she was world number one after a miscalculation.

Thompson, meanwhile, was left disappointed by a third playoff defeat this season after she looked to be on course for her second LPGA title of the year.

Thompson, 22, birdied three holes going out to open up a four-shot lead by the 11th, but four bogeys over the next seven holes, including a missed four-foot putt on the final green that would have given her victory saw her fall back into a playoff.

Jutanugarn had earlier shot a three-under-par round of 69, while Chun forced her way into the playoff with a 70.

England’s Jodi Ewart Shadoff (69) finished one shot behind the leaders in fourth place while South Korea’s Mi Hyang Lee (68) and Laura Gonzalez Escallon of Belgium (67) finished three strokes behind on 14 under.