Jutanugarn takes over at the top 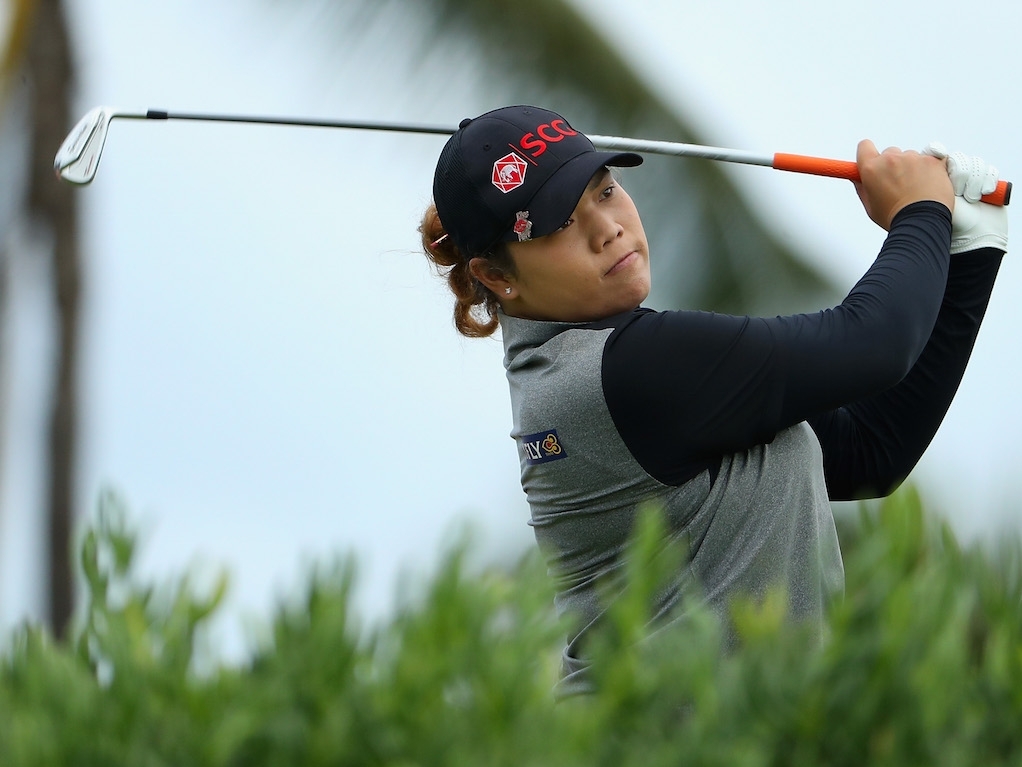 Ariya Jutanugarn carded a breath-taking six-under-par-66 on Thursday to surge to the top of the leaderboard of the Lotte Championship.

Again, the weather reeked havoc as play was interrupted for the second consecutive day due to rain.

However, the soft conditions meant that Thailand’s Jutanugarn simply needed to get the ball on line and strike her irons pure and birdie opportunities would present themselves.

And that’s what she did as she raced to nine-under-par for the tournament.

She is not the leader by herself though. She co-leads with Su-Yeon Jang and In-Kyung Kim. The latter shot the round of Thursday. A blistering 64, that contained nine birdies and only one bogey, set the Ko Olina Golf Club alight on a damp and gloomy day.

Speaking afterwards, Kim explained that she predicted a low round was on the way after she hit the ball perfectly in Wednesday’s action but could not back it up with the flat stick.

“Yesterday I hit the ball pretty well, I just didn’t make any putts. Today the putts were dropping,” she said.

Lewis, who is searching for her first LPGA Tour victory since 2014, said conditions got trickier as the day wore on, especially after the initial weather delay.

“The greens got slower,” she explained. “I would say that was the biggest difference: speed of the greens at the end of the day.”

Elsewhere in the field, Lydia Ko finally found some resemblance of form as she shot 69. She is now in a tie for 40th at three-under-par.