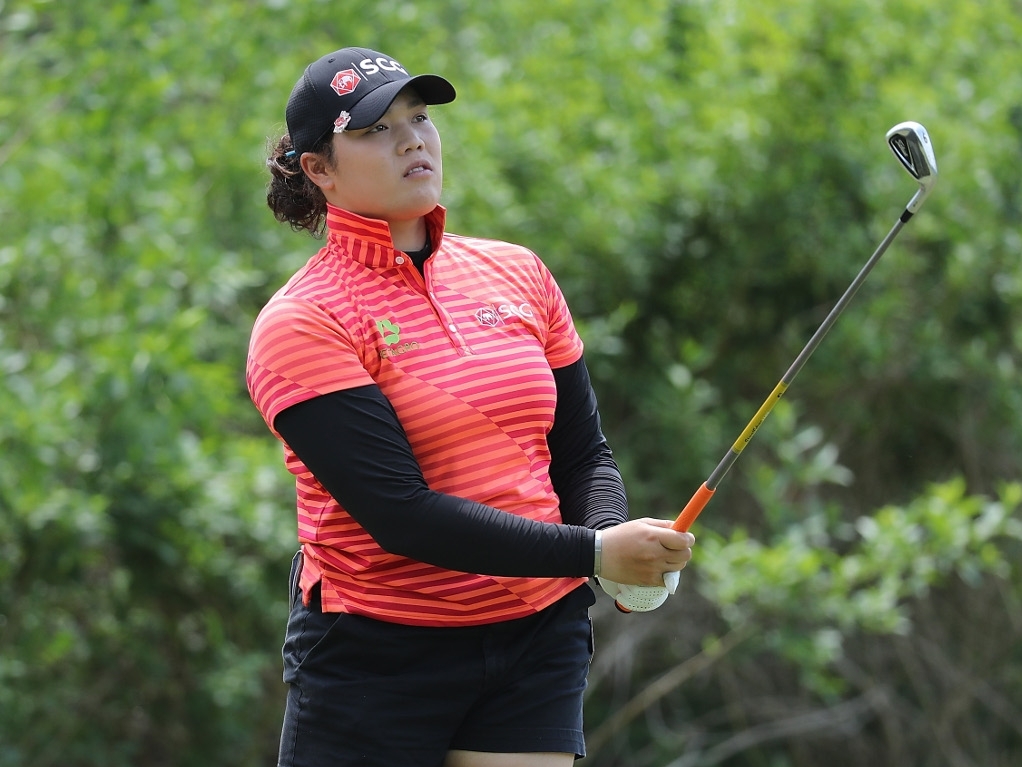 Ariya Jutanugarn remains out in front at the LPGA Volvik Championship despite slumping to a 73 on Saturday.

The 20-year-old's round of one-over-par 73 leaves her on ten-under after 54 holes, one shot clear of Jessica Korda and Christina Kim.

Hyo Joo Kim and Suzann Pettersen are a further two shots back, with Belen Mozo, Marina Alex, and So Yeon Ryu four shots off the pace on six-under.

Conditions on Saturday at the Travis Pointe Country club were significantly different from on the opening two days, with the softer conditions that had allowed for low scoring replaced by harder, faster greens.

And so it perhaps should not come as a surprise that Jutanugarn's bogey-free run at the tournament came to an end, although sitting at four-over-par for the day after 13 holes it appeared the Thai ace was heading for a meltdown.

However, Jutanugarn was able to right the ship somewhat, birding the 14th before retaking the lead thanks to an eagle-three at the last.

The Bangkok native was helped by the fact that her nearest competitors at the start of the day, Ryu and Alex, struggled too and had to settle for 75s.

Korda's round of 70 vaulted her up the leaderboard where she is joined by first round leader Kim who carded a 72.

Should Jutanugarn retain her lead in Sunday's final round, she will become the first player since Inbee Park in 2013 to record three consecutive victories, having already won back-to-back events at the Yokohama Tire LPGA Classic and the Kingsmill Championship.