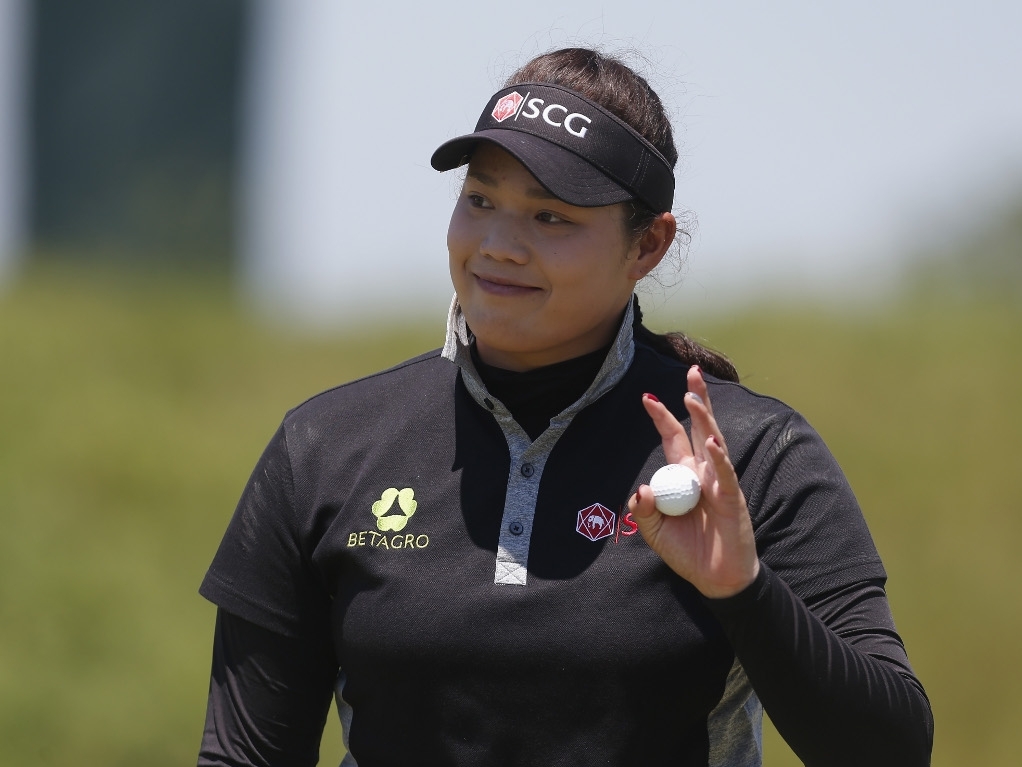 Ariya Jutanugarn became the first person from Thailand to win an LPGA title when she secured a two-shot triumph at the Yokohama Tire LPGA Classic.

The 20-year-old, who had recorded three top-10 finishes already this season, navigated her way through more than a few shaky moments to edge out Morgan Pressel, Stacy Lewis and Amy Yang.

Heading into the final round on the Senator Course at Capitol Hill in Alabama with a three-shot lead, Jutanugarn carded an up-and-down 72 that saw four birdies cancelled out by four bogeys.

Jutanugarn arrived at the 17th with a two-shot lead, but stumbled to a two-putt from eight feet as the nerves which had contributed to her failing to convert a final-round lead twice previously began to show.

However, there was reason Jutanugarn to smile as she put a chip at the last to within five feet, having initially found the sand with her drive at 18. The Bangkok native would make no mistake with her par putt as she completed the job in front of her mother and sister.

The result will go some way to easing the pain of the collapse which saw Jutanugarn throw away a two-stroke lead with three holes to play at the ANA Inspiration, robbing her of a first major title.

Yang was left to rue a bogey at the 17th, her second in three holes, which derailed her charge in a round of 67 in which she registered eight birdies, including four in a row from the second hole.

For Lewis (68) it was yet another case of ‘so close, yet so far’, as the American notched up her 10th runners-up finish in a 49-event winless streak.

A birdie at the last had propelled Pressel (68) into real contention, but the 27-year-old was forced to settle for a share of second.