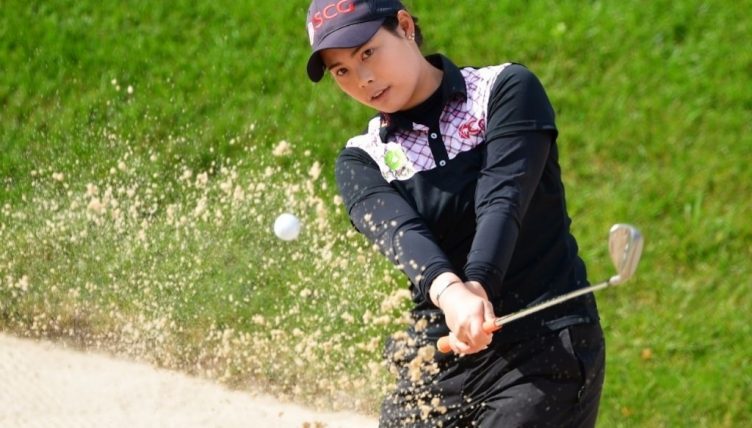 Thailand’s Moriya Jutanugarn is in contention to win her first LPGA Championship – and it could be at a major.

Jutanugarn takes a one-shot lead into the third and final round of the Evian Championship – the final major of the season on the LPGA Tour.

The 23-year-old sank five birdies in a three-under round of 68 to move to nine under overall and give herself a slender advantage over Japan’s Ayako Uehara.

“I want to win my first tournament,” Jutanugarn said.

“I’m trying to put myself in a good position, and when it’s my time, probably it will turn out good.”

Uehara is in sole possession of second spot after four birdies in five holes during a five-under round of 66.

British Open winner Kim In-kyung is in joint fourth along with world number one Lydia Ko and US Open winner Park Sung-hyun, with the trio three shots adrift of Jutanugarn.

Park said: “I didn’t play well today, so I have a little gap from the top players.

“But personally, I feel more comfortable to actually chase those top players from the back.”

Jutanugarn’s sister and former world number one Ariya, missed the cut for the second major in a row.

The 21-year-old had two double bogeys to finish at nine over par.